Liberal-run states are moving forward with their electoral interference plans to throw President Donald Trump off the ballot for the 2020 presidential election, as the California state Senate passed legislation late last week that would do just that.

Senate Bill 27 (SB 27) would force any presidential hopeful to release the previous five years of their federal income tax returns to the public. The bill was passed by the California Senate with a 27-10 vote on May 2.

With the Democrats’ Russian collusion conspiracy theory now completely debunked, this is the new scheme liberals are working as they attempt to sabotage Trump’s presidency.

“We believe that President Trump, if he truly doesn’t have anything to hide, should step up and release his tax returns,” said state Sen. Mike McGuire (D-Healdsburg), a co-author of the bill.

The small number of Republicans elected to the California Senate objected to SB 27.

“I get that playing the resistance card may be good politics for the majority party, but I would submit that it’s bad policy for Californians,” Sen. Brian Jones (R-Santee) said.

McGuire mentioned that bipartisan globalist attorneys who served in the federal swamp as the chief ethics lawyers for former presidents George W. Bush and Barack Obama are firmly behind his measure.

Similar legislation was vetoed in 2017 after approval by the California legislature by former Gov. Jerry Brown, who refused to release his own tax returns.

Brown released this statement as his rationale following the veto, questioning the constitutionality of the measure with additional concerns that it could create perilous consequences:

Although tax returns are by law confidential, many presidential candidates have voluntarily released them. This bill is a response to President Trump’s refusal to release his returns during the last election. While I recognize the political attractiveness — even the merits — of getting President Trump’s tax returns, I worry about the political perils of individual states seeking to regulate presidential elections in this manner. First, it may not be constitutional. Second, it sets a “slippery slope” precedent. Today we require tax returns, but what would be next? Five years of health records? A certified birth certificate? High school report cards? And will these requirements vary depending on which political party is in power? A qualified candidate’s ability to appear on the ballot is fundamental to our democratic system. For that reason, I hesitate to start down a road that well might lead to an ever escalating set of differing state requirements for presidential candidates.

The new progressive Gov. Gavin Newsom, who was the former Mayor of San Fransisco, has been non-committal on whether or not he will veto the legislation if it is ultimately passed.

“It would be evaluated on its own merits,” Newsom’s spokesman Brian Ferguson said.

McGuire claims that his plan to boot Trump from the ballot would somehow protect democracy, a familiar talking point for Democrats to use as they collude to undermine the lawfully-elected President.

“We can all debate on the floor about the constitutionality of this bill,” McGuire said. “But we also have to look at what makes our democracy strong. The foundation of any successful government is transparency.”

Similar legislation has been proposed in 19 other states, with initiatives in Washington and New Jersey gaining momentum. 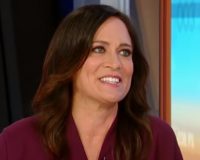