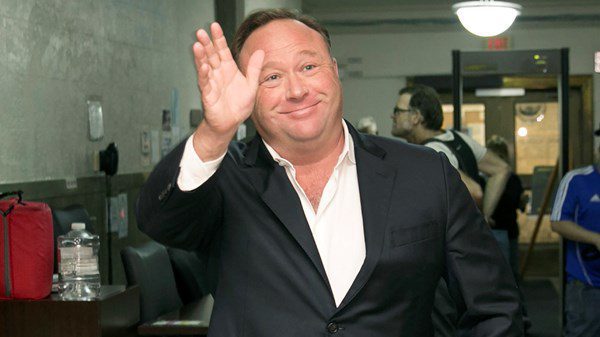 Radio show host Alex Jones said that he has gained 5.6 million new subscribers since he was de-platformed by most of Silicon Valley’s tech giants on Monday.

“The good news is Infowars has had the highest traffic it’s ever had – 5.6 million new subscribers in the past 48 hours – and so has my radio show,” Jones told Daily Mail in an exclusive interview. “We’ve never had this much people signing up for our news letter, podcast, video feeds, they’re all hitting subscribe, subscribe, subscribe.”

“Because I play devil’s advocate, because I play both sides, they’ve taken me out of context, they are using me as a test case to try to bring an EU style web censorship,” he said. “They’ve got mainline Democratic senators saying they ought to restrict Fox News, Tucker Carlson, Matt Drudge, the President himself.”

It is evident that he has gained followers despite the ban, or perhaps because of it.

According to SocialBlade, InfoWars frontman Alex Jones has gained nearly 22,000 followers today. Before his ban from three of the largest tech giants in the world, he was gaining between 200-300 per day. Likewise, the InfoWars Twitter account is rapidly gaining followers, increasing from a net of about zero new followers per day, to 4,246 today. “This is very anti-free speech, this is very deceptive,” he said. “The Democrats are trying to demonize free speech, set the precedent to try to restrict free speech and so it’s a very villainous overall program.”

Even after an unprecedented level of censorship, Jones remains undeterred.

“Even if I was ever defeated, from other places around the world victory is going to come, this fight for human liberty is unstoppable…people understand what’s happening and we’re gonna go on to the end whatever the cost is. We’re gonna never surrender.”