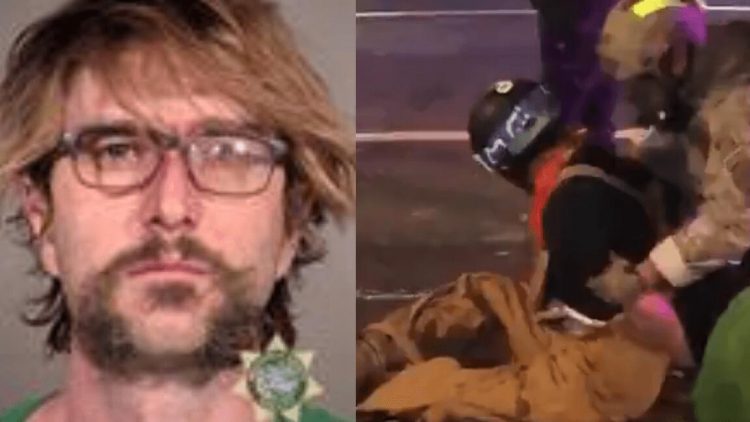 An ANTIFA militant charged with stabbing a black Trump supporter in Portland has been bailed out of jail with assistance from ANTIFA bail fund groups.

Hampe is being charged with stalking and following a pro-Trump digital commentator, Black Rebel, and stabbing the man with a “long knife.” The victim is accusing Hampe of “trying to kill me.”

After stabbing Black Rebel, David Hampe was actually beaten and detained by a crowd of liberal protestors, suggesting dissatisfaction with his rogue actions. His affiliation with ANTIFA appears to have secured him a bail bond from a leftist fundraising group, though.

Hampe, who has been convicted of possessing child pornography, was assigned a $250,000 bail on one count of felony assault. He somehow managed to come up with the heft bond last week. Journalist and ANTIFA watchdog Andy Ngo suspected that well-funded ANTIFA bail funds assisted in procuring his bail.

The antifa stabbing suspect was bailed out today. I assume that he (like the other violent criminal suspects) was bailed out by antifa bail group who raised $1.3m on GoFundMe. https://t.co/cvcHWJGj7E

Journalist and ANTIFA watchdog Andy Ngo suspected that well-funded ANTIFA bail funds assisted in procuring his bail. Ngo later pointed to the Portland Freedom Fund as an organization likely to have funded Hampe’s release from the Multnomah County Detention Center, having raised more than $1.3 million dollars on GoFundMe.

With this dangerous sex criminal back on the streets, residents of Portland who oppose the totalitarian vision of ANTIFA have reason to fear for their safety.