Dr. Shiva Ayyadurai, an engineer from MIT who specializes in data irregularities working on behalf of Echomail.

It was stated that the audit does affirm the win of Joe Biden, with him gaining a small number of votes that have essentially no effect on the result.

The first person to give a testimony during the hearing was Dr. Shiva Ayyadurai, an engineer from MIT who specializes in data irregularities. Ayyaduri was working on behalf of Echomail, a company hired along with Cyber Ninjas to do a forensic audit on the 2020 United States presidential election.

Analysis presented by Ayyadurai found what he claimed to be various statistical anomalies, the most significant of being a large discrepancy between the reported number of duplicate envelopes sent into Maricopa County, with Maricopa’s CANVASS election report not mentioning and kind of duplicates in their findings.

Echomail’s audit, on the other hand, found that 17,126 voters sent in duplicate envelopes. 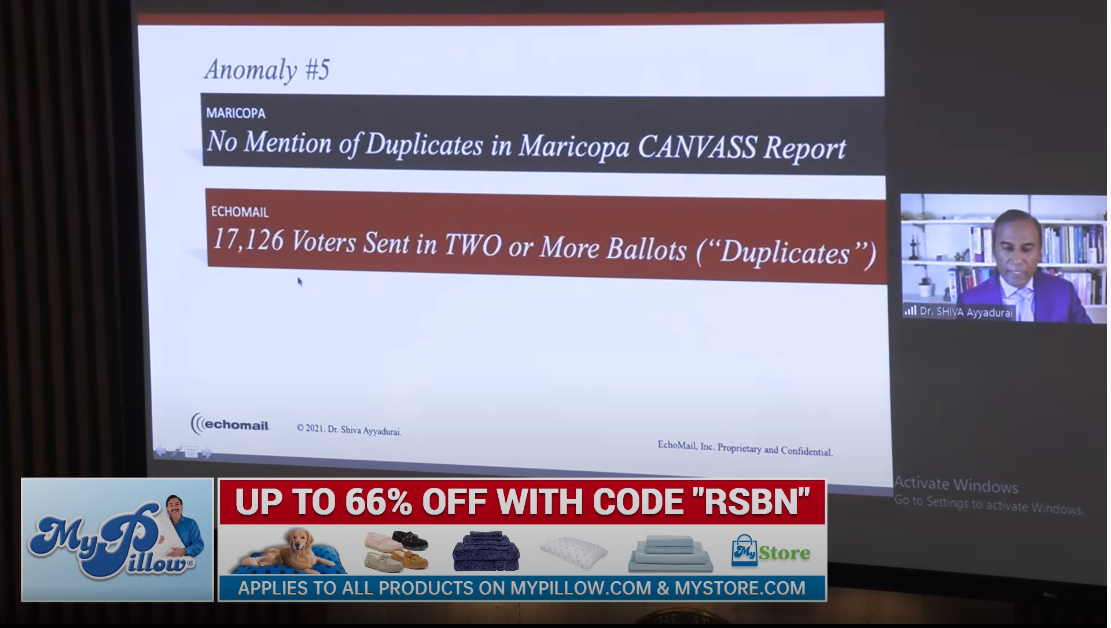 Cyber Ninjas conducted the hearing’s next audit, offering some similar conclusions to Echomail – including an affirmation of a Biden win with minor statistical discrepancies between the vote count of both the government and the auditors while still acknowledging small irregularities. 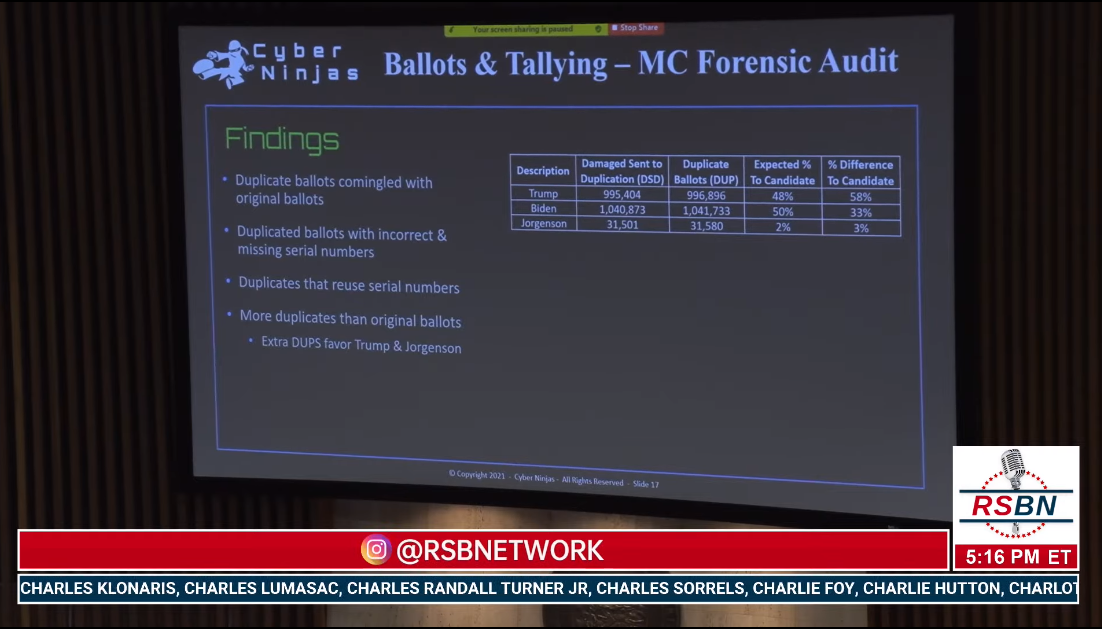 There were several irregularities reported by Cyber Ninjas, including 2,382 in-person votes cast by people who had moved out of state and a number of 23,344 votes received by voters who did not live at the address on record, which is legal in Arizona elections.

Cyber Ninjas also reported on various cyber security concerns in the Dominion Voting Systems, the most notable being the failure to preserve any of the operating system security logs – the oldest date was Cyber Ninjas was able to view was on February 5th, 2021, months after the 2020 election.

It was also said by Cyber Ninjas that tens of thousands of security logs were overwritten by a Dominion Voting Systems admin account beginning on February 11th, 2021, with many more scrubbed by March 3rd.

According to the report, the overwriting of security logs by the admin accounts make it much more difficult to get to the bottom of what exactly happened, as it indicates various system users sharing the password of a single account rather than making changes individually.

The company also alleged that the information was purposefully deleted the day before the audit started.

The final Maricopa County audit report concluded with a summation of the audit’s discoveries, with Arizona State Senate President Karen Fann informing the public that all the info shared in the hearings can be found at the Arizona Senate Republicans website.

The full hearing can be viewed by clicking here.