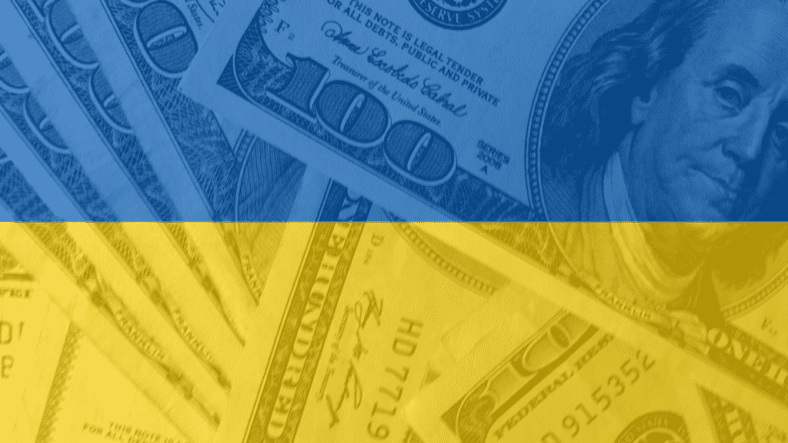 U.S. Congress is negotiating to give an additional $50 billion to Ukraine, amid talk that Republicans may discontinue the welfare payments if they take back control of the House.

An unnamed Republican Senator told NBC News that this aid package would ensure “Ukraine survives the year,” and sources within the Ukrainian government have confirmed that the talks are for real.

Thus far, Ukraine has received $65 billion in U.S. aid with the last assistance package worth $12 billion being passed in September. U.S. President Joe Biden is fully behind this pro-Ukraine scheming.

“They said that if they win they’re not likely to fund, to continue to fund Ukraine,” Biden said on Thursday night.

House Republicans are growing tired with the constant barrage of funding to Ukraine while ordinary Americans suffer high inflation and deal with a recession economy.

“I liken it to the airline videos they do before you take off: You need to put your own oxygen mask on before helping others,” Rep. Kat Cammack (R-FL) said to NBC News. “And I just don’t think as a legislator that I could, in good conscience, support billions and billions of funding going overseas when we have such dire needs here.”

The America First lawmakers in U.S. Congress have been decrying Ukraine aid for many months.

“While I have deep compassion and sympathy for the horrible suffering of the people of Ukraine and am moved by their nationalism, this resolution would have been more aptly titled the ‘Resolution that Drags the United States into Another Foreign War,’” Rep. Paul Gosar (R-AZ) said while opposing a pro-war resolution about Ukraine.

“I have repeatedly stated that this conflict has nothing to do with American national security and not one American soldier should be dragged into a war 5000 miles away when there is no reason to be there,” he added.

“I suspect many in this body won’t want a vote or a debate, because regime change in Russia is their actual objective, not defending Ukraine,” Rep. Matt Gaetz (R-FL) said while opposing $40 billion in welfare payments to Ukraine. “To achieve this goal, they’re willing to send billions to Kyiv that will line the pockets of corrupt officials just like we did in Afghanistan. We are sleep walking into a war, and the American people are left in the dark.”

In opposing the America First GOP, the Uniparty in Washington D.C. is showing just how little they care about protecting ordinary Americans and how willing they are to bankrupt the country at the behest of powerful defense contractors.