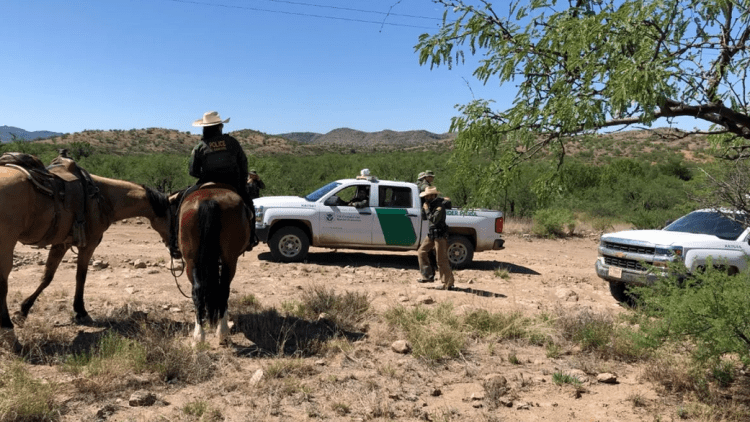 Customs and Border Patrol arrested more than three dozen illegal immigrants at a smuggling camp operated by a left-wing open borders organization in Arizona on Friday night, possibly signaling that illegal immigration is back on after the coronavirus halted human smuggling and trafficking operations at the U.S-Mexico border.

CBP Tucson Sector Chief Roy Villareal recounted the operation, which was executed on a camp operated by the ‘No More Deaths’ open borders group, which coordinates and assists in dangerous border crossings on the part of illegal aliens in southern Arizona. CBP executed a federal search warrant on the camp in Aricava, Arizona, after investigating the criminal activity associated with the facility.

Last night Border Patrol Agents from the Tucson Sector, with support from CBP Air and Marine Operation’s Tucson Air Branch, executed a federal search warrant on the No More Deaths camp near Arivaca. Upon entry, over three dozen illegal border crossers were found in the camp. pic.twitter.com/OQVLuROhp0

“On July 31, 2020, Border Patrol agents from the Tucson Border Patrol Sector, with support from CBP Air and Marine Operation’s Tucson Air Branch executed a federal search warrant on the No More Deaths camp near Arivaca, Arizona. Upon entry, over three dozen Illegal border crossers were found within the camp,” revealed CBP in a statement to News 4 Tucson.

The group that was arrested may have been one of the biggest detained by CBP since the onset of the coronavirus pandemic, which largely halted illegal immigration. The capture of larger groups of illegal immigrants in recent days and weeks may signal that large-scale human smuggling operations may be back on after a hiatus.

Chief Villareal shared CBP imagery revealing that the group formation of illegal aliens traveled directly to the No More Deaths camp in Aricava, suggesting a degree of coordination between the open borders group and the border crossers.

These are Border Patrol camera images of the group that Agents tracked into the No More Deaths camp. Agents tracked this group through remote mountains for two days before the group entered the camp. pic.twitter.com/yGgF64mU4a

Federal authorities have pointed to the left-wing camp as a tool utilized by drug smugglers and criminals seeking to infiltrate the United States for years, having dismantled the camp through court order before.

Law enforcement operations occur in the area around the No More Deaths camp regularly as this is a key smuggling route for both undocumented migrants and drug traffickers.

No More Deaths continues to incentivize highly dangerous border crossings in the Sonoran Desert in the thick of the Arizona summer, endangering the lives of law enforcement, the public, and unauthorized migrants who make the treacherous journey with the promise of assistance.