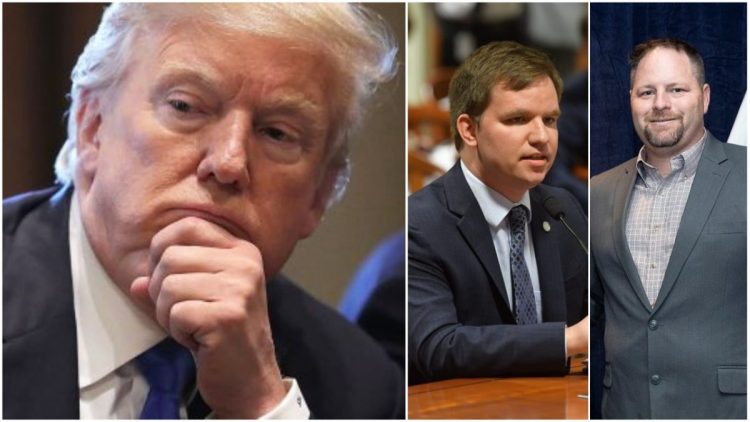 Rep. Justin Amash (R-MI) has become the darling of the mainstream media in recent weeks as he has led the charge to impeach President Donald Trump based on the dubious content of the biased Mueller report.

While Amash may have new supporters in the leftist resistance and the fake news because of his betrayal, he is vulnerable in the upcoming Republican primary for Michigan’s third congressional district in 2020. Seeing Amash’s weakness, Trump is considering issuing an endorsement to one of his primary challengers.

McDaniel was the former chairperson of the Michigan Republican Party before she took over the RNC after Trump was elected while Meadows co-founded the House Freedom Caucus alongside Amash before the ‘Never Trump’ Congressman bailed on his colleagues earlier this week. Trump is still weighing his options and hasn’t made up his mind at the present moment.

McDaniel commented that it is “sad to see Congressman Amash parroting the Democrats’ talking points on Russia.”

“The only people still fixated on the Russia collusion hoax are political foes of President Trump hoping to defeat him in 2020 by any desperate means possible,” McDaniel said.

“Voters in Amash’s district strongly support this president and would rather their congressman work to support the president’s policies that have brought jobs, increased wages and made life better for Americans,” she added.

One of the choices for President Trump to endorse would be Jim Lower, a 30-year-old Michigan state representative who claims that he stands fully with the President and his ‘America First’ agenda.

“If they were to get involved early I think it would help make sure that it was just me versus Amash in the August primary — and if that’s the case we’re definitely going to win,” Lower said.

“Obviously Trump is a huge component of our campaign, so it will probably go without saying that we’d love to have his endorsement,” he added.

Another primary challenger hoping to take Amash’s seat is Thomas Norton, a veterans’ rights advocate from Ada who is calling for the Grand Rapids Congressman to be ousted for joining the deep state coup against President Trump.

“Justin Amash has done what no one thought he would, go to Washington and become Washington,” Norton said in a press release.

“He is simply playing politics by insulting President Trump, while the rest of us are out here trying to build a future for our families,” he added.

More primary challengers against Amash are expected to emerge in the upcoming months, as it is rumored that he may make the jump to the Libertarian Party now that he has worn out his welcome in the GOP. Perhaps Amash will end up as an MSNBC analyst by the time this is all said and done.