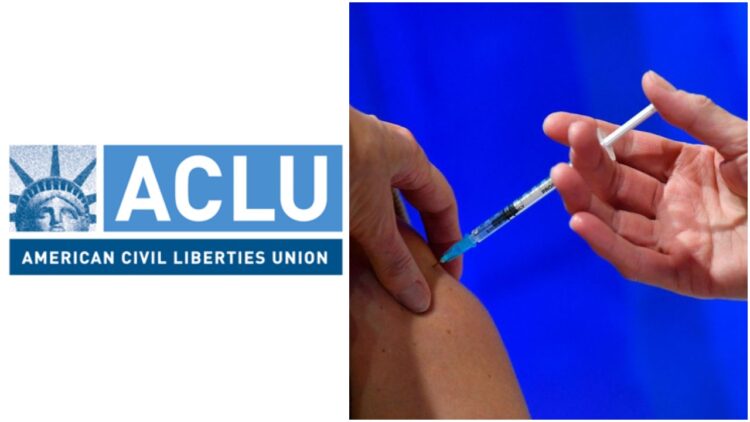 The American Civil Liberties Union (ACLU) is actually claiming that forced vaccinations protect civil liberties, in an inversion of reality that would make a thought-control enforcer out of George Orwell’s 1984 blush.

The ACLU national legal director David Cole and ACLU Program on Freedom of Religion and Belief Daniel Mach penned an op/ed in the New York Times claiming that vaccine mandates advance the cause of civil liberties.

“Far from compromising them, vaccine mandates actually further civil liberties. They protect the most vulnerable, people with disabilities and fragile immune systems, children too young to be vaccinated, and communities of color hit hard by the disease,” the ACLU wrote in their Twitter post pushing the op/ed.

The ACLU is arguing that forcing experimental vaccines into black Americans, who have been shown to be among the most reticent groups to line up for the jab, really protects their civil liberties. If the ACLU had been a prominent force during the Tuskegee syphilis experiments, perhaps they would have argued those atrocious policies would have bolstered the rights of black Americans too.

Renegade left-wing journalist Glenn Greenwald pointed out the grotesque hypocrisy and betrayal of their principles by the ACLU for pushing mandatory vaccines:

Big League Politics has reported on how the ACLU is just a lawfare group for the radical Left and does not actually care about promoting civil liberties:

“The American Civil Liberties Union (ACLU) is suing to revoke an Arkansas law that prevents children from being drugged and mutilated for the purposes of their so-called gender transition.

“I won’t sit idly by while radical groups such as the ACLU use our children as pawns for their own social agenda,” Rutledge said in a statement.”

The ACLU is a subversive anti-American organization that has been funded by George Soros in the past. They have faked defending civil liberties as a cover to push their insidious left-wing agenda through the courts.