According to multiple reports, a new caravan of illegal aliens will leave Honduras at the beginning of 2019 an march towards the southern United States border.

“Another migrant caravan — with estimates of as many as 15,000 participants — is preparing to leave Honduras on January 15, according to migrant rights advocates and Spanish-language media,” the San Diego Union-Tribune said.

The news comes during a heated battle over border security which has forced a partial government shutdown. President Donald J. Trump has refused to reopen the government until Democrats sign off on the dotted line to provide $5 billion for a desperately needed border wall.

According to the report, Irma Garrido, a member of an advocacy group for migrants called Reactiva Tijuana Foundation, said that this caravan expects to pick up far more members en route to the United States than the last one.

“Garrido said this new, larger caravan will likely be joined by more people in El Salvador and in Guatemala, but she said they don’t plan on coming straight to the Tijuana-San Diego border, where resources are already stretched nearly to a breaking point,” according to the reprt.

Thousands of attempted invaders from the last migrant caravan are still camped out at the border waiting for asylum claims to be processed.

The report also said the Mexico’s new president has promised Central American workers visas and work. Hopefully, they will take him up on this offer.

“Mexico’s President Andrés Manuel López Obrador has pledged visas and work in Mexico for Central American migrants,” the Tribune reported. “In his inauguration speech, he pledged public works projects like planting two million trees and construction of his Maya Train, a 1,500-kilometer railroad.”

There was much commotion about the first migrant caravan that careened toward the border just before the midterm elections in November. The climax of that surge of invaders occurred when 500 or so members of the caravan attempted to storm the border. Many who were caught were deported reportedly from Mexico.

Now would be the perfect time for Trump to build that big, beautiful wall.

The U.S. Supreme Court (SCOTUS) determined on Thursday via a 5-4 ruling that President Donald Trump cannot end the Deferred Action for Childhood Arrivals (DACA) program, which protects some 800,000 illegals from being deported from the country.

Trump had sought to reverse an executive order made by former President Barack Obama which granted amnesty to the illegals, believing Obama’s order was unconstitutional. Although it is well-understood that presidents have the authority to reverse executive orders, SCOTUS arbitrarily revoked that power for Trump because he did not give them a reason they found satisfactory for doing so. Trump is now effectively banned from revoking DACA until he can give an explanation that the courts and left-wing special interests determine as acceptable.

This is an example of the activist judiciary at its worst, and the man who flipped is yet again Chief Justice John Roberts, the same despicable individual who protected Obamacare and abortion rights.

“Termination of DACA during this national health emergency would be catastrophic,” the immigration attorneys claimed in their April 2 filing.

However, hospitals were letting personnel go throughout the COVID-19 pandemic as nurses danced in TikTok videos due to lack of activity on the job. The lack of logic behind their argument did not seem to matter to SCOTUS, who bought it hook, line and sinker.

The SCOTUS ruling comes after a bipartisan push by corporate Republicans and Democrats who have backed widespread amnesty to push down the cost of labor and increase their massive profits:

Formerly holding a prominent role in national Republican politics, the Koch brothers fell into disrepute among conservatives and Republicans for a series of policy views at odds with the everyday citizen, including financial support for wage-sinking mass immigration. The Kochs declined to support Donald Trump’s presidential campaign, although they had previously been among the most extensive and prolific political donors in the United States…

The notion of reclaiming the judiciary is looking more like a pipe dream with rulings such as this and the LGBT mandate against private businesses being approved by so-called conservative justices. 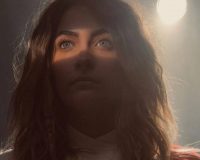