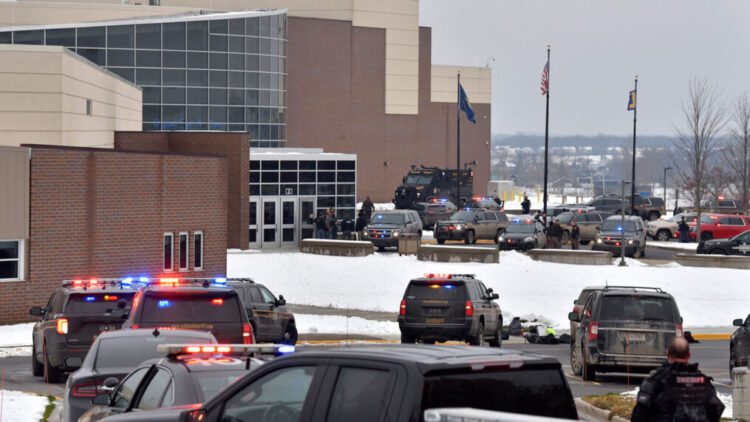 Michigan was swept with tragedy earlier as news began to emerge quickly about a school shooting at Oxford High School that left 3 dead and 8 others wounded. Authorities have the suspect in custody and have identified him only as a 15 year old sophomore boy. The shooter is said to have been in class earlier today before firing between 15 to 20 shots with a handgun.

In a disturbing video that has since gone viral from inside one of the classrooms as the shooting was occurring, the shooter appears to have attempted to impersonate a Deputy Sheriff. “Open the door so you can see my badge bro!” the shooter shouted from the other side of the door, attempting to convince the students inside the classroom to allow him inside. Luckily, the students were smart enough to realize this was a sham and escaped via an alternative exit.

Unsurprisingly, the suspect is not cooperating with police. The Oakland County Undersheriff said that the shooter’s parents visited him while in custody and told him not to talk to the authorities.

So who is this vile thug who decided to do something so evil and so treacherous? Well we don’t know for now, and it doesn’t seem like his identity will be released for a while. Given that students are beginning to upload their own points of view to social media, the identity of the shooter may emerge from them before it is released by the media or law enforcement. Big League Politics will continue to report on this as more facts and details emerge.