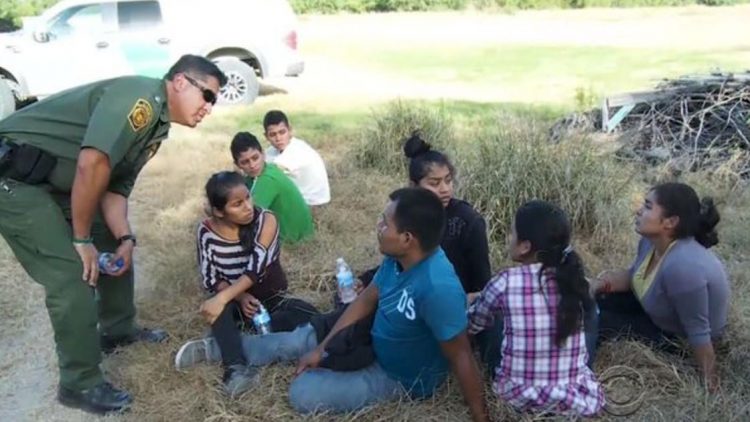 According to a veteran U.S. Customs and Border Patrol agent, young girls are being given contraceptives on their journeys to illegally cross the Southern U.S. border.

Chris Cabrera, a border agent and spokesperson for the National Border Patrol Council, said that girls as young as 12 are given birth control by their parents or handlers “because they know getting violated is part of the journey.”

“When you see a 12-year-old girl with a Plan B pill or her parents put her on birth control because they know getting violated is part of the journey, that’s a terrible way to live,” Cabrera said.

While the national conversation about children being separated from their parents at the border rages on, little has been done to address the visceral dangers of traveling through cartel-controlled areas to enter America in the first place.

According to an Epoch Times report from Wednesday, the border is “absolutely” controlled by cartels.

“Every day, every minute, some penetration of the Texas border, California border, New Mexico border, Arizona border—every minute, someone is preparing to send a load in, or traffick (sic) humans in, or some type of criminal activity is going on,” said Sheriff Andy Louderback of Jackson County, Texas. “Every minute of every day. That’s [the cartel’s] job, that’s what they’re committed to do, that’s how they get paid. And that’s what we’re up against.”

Big League Politics reached out to Customs and Border Patrol, who provided no comment. The National Border Patrol Council did not return a comment request.

Trafficking often connotes unwillingness, but many Mexican families willingly pay cartels to traffic them into the United States. The payment is part and parcel for crossing cartel-controlled territory. Apparently so is rape and violence against young girls.

But nobody is discussing that, especially not the political left. To them, the debate is nothing more than a means by which to slander President Trump. In reality, there legal options for obtaining entry into the United States that do not require crossing the border illegally and do not carry the risk of associating with dangerous cartels.

The crux of the border debate is centered around “asylum seekers” fleeing danger in Mexico.

To that end, there are nine U.S. consulates in Mexico and nine more consular agencies where anyone can apply for a visa to come to the United States. Non-immigrant visas are available for victims of human trafficking and victims of criminal activity.

The legal way to emigrate also seems to be the safest. But don’t tell the Democrats. They are busy screeching at Trump for upholding the law as he is Constitutionally sworn to do.