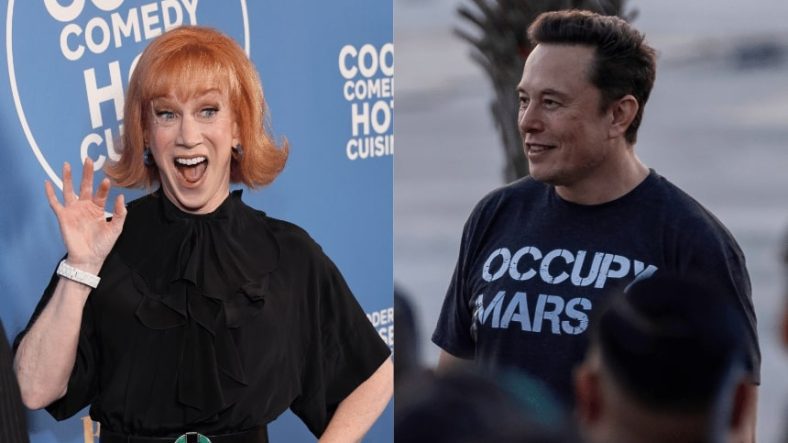 There have been a lot of changes to Twitter ever since Elon Musk took over.

One change that seemingly came out of left field according to some Twitter users was Musk’s latest announcement of banning “parody” accounts that do not identify themselves as such.

“Going forward, any Twitter handles engaging in impersonation without clearly specifying ‘parody’  will be permanently suspended,” Musk shared on the platform Sunday.

Going forward, any Twitter handles engaging in impersonation without clearly specifying “parody” will be permanently suspended

“Previously, we issued a warning before suspension, but now that we are rolling out widespread verification, there will be no warning,” he added in a follow up tweet. “This will be clearly identified as a condition for signing up to Twitter Blue.”

Musk also stated that any name change of any kind would “cause temporary loss of” the account’s “verified checkmark.”

To mock Musk over his latest announcement, so-called comedian Kathy Griffin changed her name on Twitter to “Elon Musk.”

Griffin’s account  was immediately suspended – with no warning, which is clear in Twitter’s new Terms of Service. Musk then had a little fun at Griffin’s expense over this quick suspension.

Actually, she was suspended for impersonating a comedian

“Actually, she was suspended for impersonating a comedian,” Musk wrote in response to a Benny Johnson tweet breaking the news on Griffin’s suspension.

“But if she really wants her account back, she can have it,” Musk later said.

“For $8,” he comically added, referencing Twitter’s newest revenue model of turning Twitter Blue and the platform’s verification process into a monthly subscription service.

After Griffin was suspended, she logged into her deceased mother’s account a few hours later to continue tweeting.

Responding to Musk’s “actually, she was suspended for impersonating a comedian” comment, Griffin replied from Maggie Griffin’s account “I mean… you stole that joke, you a**hole. People have been posting that joke for hours, you hack.”

“Look, please do a better job running this company,” she added. “It used to mean something. This is KG btw.”

Oh, for gods sake Andy, look at the date on the tweet you are referencing. It is from 2019. My wonderful mother had an account that I ran for her. She passed away, but I always kept the account. Trust me, she would be with me on this. Relax. #FreeKathy

Apologize in advance for all the comments you’re gonna have to read about how ugly I am and they’re probably gonna throw you in there too. Oh by the way this is KG. I’m tweeting from my dead mother’s account. She would not mind. #FreeKathy

Notably, Kathy Griffin evading her ban by using her dead mother’s account would have had many conservatives who are already deplatformed permanently banned.