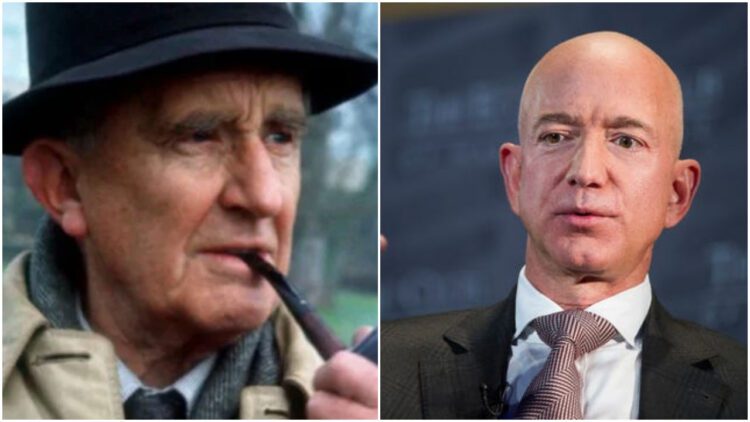 Promotional material for the new ‘Lord of the Rings’ inspired TV show produced for Amazon’s Prime service suggests there’s a strong possibility the program has adopted a left-wing bent, with one actor cast in the series promising “multicultural” Hobbits and “strong female characters.”

Far-left actor Lenny Henry revealed he had been cast to play a “multicultural” Hobbit in the show, further promising that “strong female presence” and “female heroes.”

“It’s about the early days of the Shire and of Tolkien’s environment, so we’re an indigenous population of Harfoots, we’re hobbits but we’re called Harfoots. We’re multi-cultural, we’re a tribe not a race, so there are Black, Asian and brown, even Maori types within it.”

It’s not really a big deal that a black actor has been cast to play a hobbit- some of whom had been described as darker of complexion by Tolkien himself- but using the decisively left-wing word “multicultural” to describe hobbits raises some questionable political concerns about the series’ creative vision.

Tolkien had described Middle-Earth itself as a mythological prehistory of Europe itself, with its characters thus understood in generally European and Germanic terms. There’s not really compelling reasons that the show can’t include characters who aren’t white, and Tolkien’s literature does include allusions to cultures inspired by Asian and African cultures, such the Easterlings and the Haradrim. However, Henry’s description of the series does suggest its creators are interested in re-writing Middle Earth to sate the tastes of a politically correct audience with little care for authenticity towards Tolkien’s creative vision.

Tolkien fans weighed in about developments relating to the Amazon show, which will be set thousands of years before the events of The Lord of the Rings.

Let me rephrase – Amazon's upcoming "Lord Of The Rings" TV show will be another woke garbage, created with a strict ideological agenda and zero respect to actual story.

Tolkien’s original literature actually does feature “strong female characters,” by the way- in a fashion that renders them far more believable and authentic than the routine Mary Sue characters inserted into Star Wars and banal superhero movies by Hollywood film executives. Galadriel, an elf featured in The Fellowship of the Ring, is alluded to as one of the most powerful characters in Tolkien’s universe- who would be able to make use of the One Ring to an extent greater than wizards such as Gandalf or Saruman, in the event she took it for herself. There’s a difference between a well-designed character and a prop with the ability to defeat Sauron and Morgoth with ease- the latter would represent not only a misrepresentation of Tolkien’s universe, but downright poor storytelling in pursuit of pushing a narrative.

JRR Tolkien’s family members have mixed feelings on Peter Jackson’s cinematic adaption of the Lord of the Rings books, with some stating that they like The Fellowship of the Ring, while decrying the commercialism major corporations have associated with the novels. It may come to pass that Amazon’s Game of Thrones-style remix of Tolkien will merit a strong rebuke from the all-time great author’s estate.