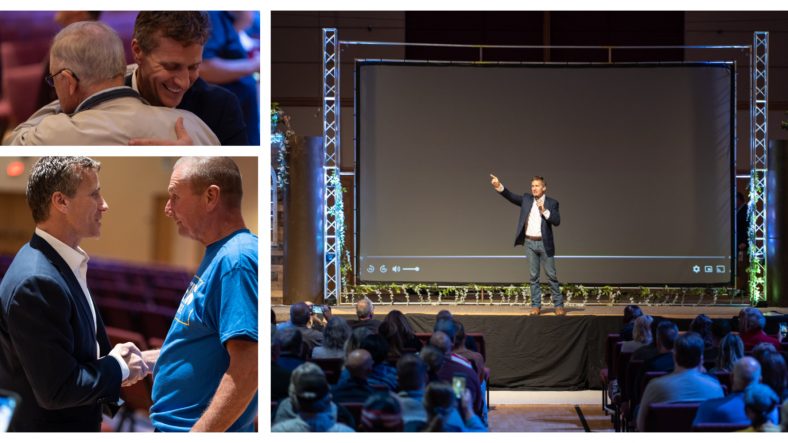 America First U.S. Senate Candidate Eric Greitens recently hosted a showing of “Rigged: The Zuckerberg Plot to Defeat Donald Trump” to a packed house of his constituents in Chesterfield, Missouri.

Greitens invited former Trump deputy campaign manager David Bossie to appear at the showing where patriots learned about the diabolical plot by Facebook CEO Mark Zuckerberg to use his vast private fortune to enable a previously unfathomable level of election fraud during the 2020 presidential election.

His work on this film is a tremendous contribution to the country! pic.twitter.com/5aRhBxiJLZ

Of all the Republican candidates vying for the party’s U.S. Senate nomination in Missouri, Greitens has been the most vocal opponent of 2020 election fraud – by a mile.

“The election irregularities of 2020 need to be investigated, and despite what the mainstream media tell you, there is a lot to investigate,” Greitens said shortly after the 2020 election, adding that Trump supporters “are right to be skeptical” while chiding the mainstream media for “knowingly suppress[ing] stories about potential Democratic corruption.”

After the U.S. Capitol rally on Jan. 6, 2020 when all of the fakers and the phonies were abandoning ship, Greitens doubled down and continued to spread the truth about election fraud even as whistleblowers were being threatened by the federal government.

“There exist strong and unanswered questions about statistically impossible election results,” Greitens said during an appearance on Real America’s Voice, noting that the Left’s “full-scale war on the law” is the real danger to democracy.

Greitens also supports a forensic audit in all 50 states and a decertification of the 2020 election results due to the immense fraud discovered in the Arizona forensic audit and other investigations.

“They spied on candidate Trump, and they spied on President Trump, and we know the truth. We see around the country, the George Soros-funded assault on the rule of law. That is the nature of the enemy we are facing,” Greitens said.”

Greitens is rising to the occasion and leading in the polls despite an unprecedented smear campaign by RINOs and Democrats to destroy his character. The former Navy SEAL is the heroic champion for President Trump’s agenda that is desperately needed in the U.S. Senate.