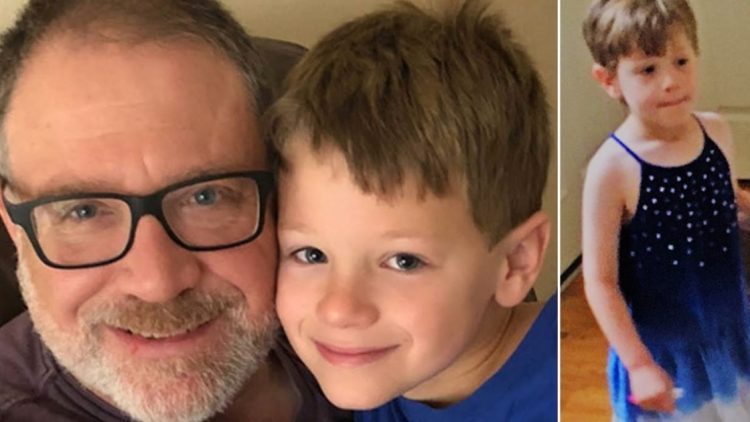 A Dallas, Texas judge denied the appeal of Dr. Anne Georgulas to reinstate an October ruling that would have given her the power to transition her 7-year-old son’s gender into a girl against his father’s wishes.

The case of James Younger gained national attention after James’ father Jeffery Younger waged a campaign over social media to save his son. The judge ruled that both parents will have a say in medical decisions for their son, which may prevent the gender transition planned by his mother.

Georgulas had challenged the ruling that was made by Judge Kim Cooks last year to give both parents joint decision-making abilities regarding their son. Judge Mary Brown rebuked her request, and Cooks’ ruling is now an official order. Georgulas’ lawyer said she would attempt another motion to make a new trial to give her client control over James.

Life Site News explained the details of the case:

The motion to enter Judge Cooks’ order was filed by Mr. Younger and his lawyer Mr. Odeneal. This motion requested that Judge Cooks’ ruling be signed and made into a legally binding order.

The motion to conform to the jury’s ruling and the motion to disqualify the parental coordinator were filed by Dr. Georgulas and her lawyer Ms. Janicek. The motion to conform to the jury’s ruling argued that Judge Cooks had no legal right to grant Mr. Younger joint managing conservatorship since the jury had ruled there should be a sole managing conservator and it should not be Mr. Younger. Therefore, the motion argued, “the court contravened the jury’s answers,” something it was “not authorized” to do.

In court today, Dr. Georgulas’ attorney argued that Judge Cooks’ ruling was invalid and unenforceable, requesting that the court return to the prior order. The prior order also maintained Mr. Younger’s minimum possession schedule ensuring the boys didn’t stay with him on any school nights.

Dr. Georgulas’ attorney also filed the motion requesting that the parenting coordinator appointed in Judge Cooks’ ruling be disqualified. Judge Cooks appointed the amicus attorney, Stacey Dunlop, to be the parenting coordinator, or mediator between Dr. Georgulas and Mr. Younger for serious decisions pertaining to the boys in which they do not agree.

The argument to disqualify the parenting coordinator centered mainly around the concern that he becomes a tie breaker rather than a mediator and would then ultimately be making most of the difficult decisions for the twin boys.

Judge Brown ruled against this motion to disqualify Mr. Dunlop as the parenting coordinator.

The Texas courts have issued a rare rebuke of the LGBT agenda, which has pushed transgender children and child drag queens at public schools, libraries and churches in recent years.