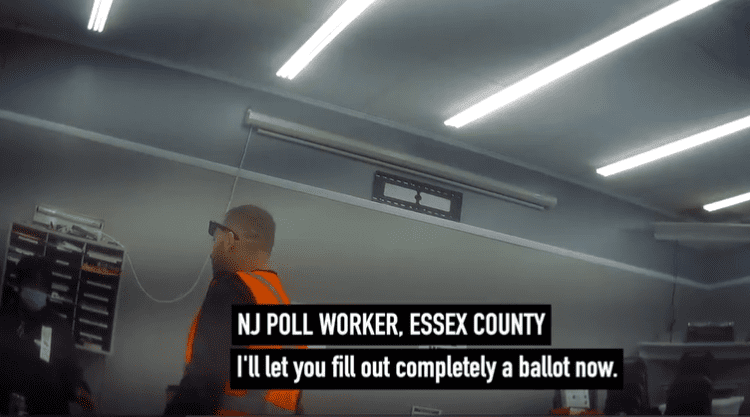 A new Project Veritas video release shows election workers in Essex County, NJ allowing a journalist who claimed he was not registered to vote to access a ballot.

An election worker reportedly said, according to the shocking video release, that they “were allowing anyone to come in” and access ballots regardless of whether or not they were registered to vote.

“I’ll let you [Non-Citizen/Non-Registered Voter] fill out completely a ballot right now,” the poll worker tells the election worker in the video.

“Listen, we’ll let you do it. They’ll figure that out,” the election worker said, claiming that someone else down the line might nullify the fraud that she allowed in broad daylight.

The full video clip can be seen here:

This is reminiscent of the fraud blueprint that was concocted in places such as Detroit, Mich. during the 2020 presidential election, which was exposed in the historic Big League Politics #DetroitLeaks series that prompted a cease-and-desist letter from Michigan attorney general Dana Nessel in opposition to the 1st Amendment.

Big League Politics reported on how our original reporting resulted in the Michigan secretary of state forcing to back down in court after poll worker trainers were caught dead to rights telling prospective workers to use COVID-19 edicts as an excuse to disenfranchise poll challengers:

“Once a challenge or necessary observation is complete, challengers and poll watchers should resume remaining six feet away from voters and poll workers,” the directive concludes. Gronda noted that the state would be entering into a binding written agreement with the plaintiffs.“

Hopefully these alarming findings by Project Veritas in New Jersey will cause a successful legal challenge to the results where Governor Phil Murphy barely was able to hang on according to the official results.