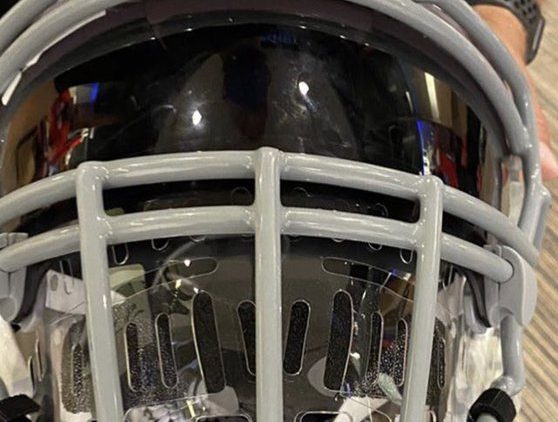 A National Football League (NFL) team, the Buffalo Bills, revealed their new headgear meant to mitigate the COVID-19 pandemic, and it contains a plastic visor covering the athletes’ mouths with slits that will allow the virus to spread through it with ease.

The helmet can be seen here:

#Bills helmets via @Iam_jerryhughes on IG.

The NFL recently sent out a survey to fans to determine whether or not they would be allowed to attend Bills games at their Orchard Park stadium during this season.

Some of the questions on the survey include:

However, they will not be able to hold any games at the stadium unless they receive the blessing of New York Governor Andrew Cuomo. He issued an edict in July that determined “no live audience, fans, or spectators are allowed to attend or permitted to enter any professional sports venue, even if an outdoor venue.”

Big League Politics has reported on the Draconian measures that have been implemented by the NFL to supposedly stop the COVID-19 pandemic, which has even included possible fines for athletes who attend church services:

Players can be fined for violating these rules. Moreover, if they test positive after engaging in prohibited activities, they will not be paid for the games they miss. Also, future guarantees in their contracts would be voided.”

The NFL’s ratings have cratered before because of the anti-American protests of former Quarterback Colin Kaepernick. They may sink to new lows because of the league’s hostility toward religious freedom by threatening Christians in the league.

The NFL is doing its part in pushing asinine rules that make no sense on their players and the public because of COVID-19 mass hysteria. The lasting legacy of the pandemic will be idiocracy taking hold of the West.