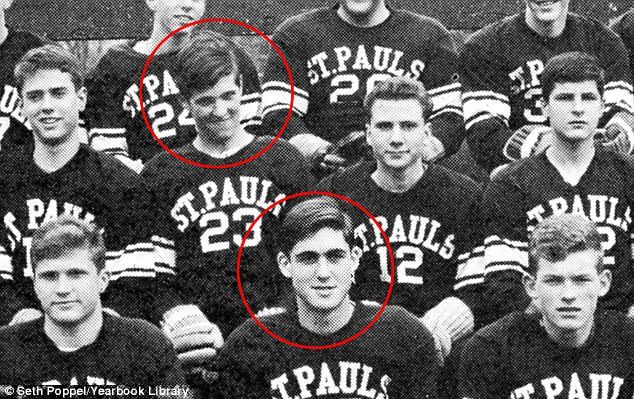 As originally revealed by The Daily Mail, Special Counsel Robert Mueller has close ties to former Secretary of State John Kerry. Their ties go so back to their childhood, where they both attended the prestigious St. Paul’s boarding school. St. Paul’s boarding school is the pinnacle of the same “privilege” that leftists whine about, with tuition costs being nearly $60,000 a year.

As pictures reveal, Mueller and Kerry seemed to be close during their time at the posh school. Kerry (circled, rear), and Mueller (circled, front), played together on many of the school’s sporting teams, including Lacrosse, where Mueller was the team captain.

They were both active on many of the school’s sporting teams, with Mueller seeming to be the more athletic of the two, often serving as team captain. Mueller (center) and Kerry (right) also played on the school’s hockey team, where Mueller was the team captain.

While this relationship may have been just coincidence, as St. John’s is known for churning out many of the nation’s elites, recent news brings the relationship into question.

As the investigation into President Trump’s campaign for Russia collusion treads on, Robert Mueller’s true intentions are becoming more clear every day. Many truly believe that Mueller is concerned about investigating collusion between U.S. officials and foreign powers. But if he truly was, John Kerry would be his main target.

In recent weeks, John Kerry has come under fire for meeting with foreign officials, including Iran’s foreign minister, Javad Zarif, to undermine U.S. foreign policy. He has come under fire from President Trump for his attempts at “shadow diplomacy” relating around the Iran Deal.

Why was Mueller so quick to go after President Trump for conspiracy theories, when there is real collusion that should be investigated? His longtime relationship with Kerry could have something to do with it.