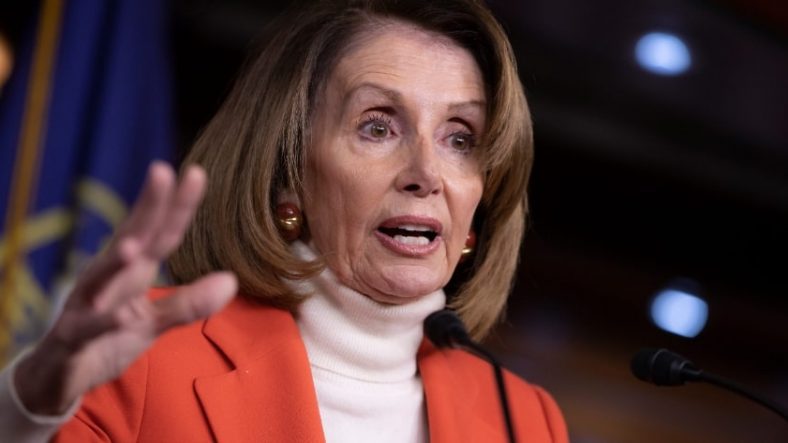 Nancy Pelosi, along with her apparent magic touch, just won big in the stock market after dumping 30,000 shares in Google’s parent company, Alphabet.

She did this just around a month before the DOJ launched an antitrust lawsuit into the big tech firm. Which could tank the stock price.

Per the lawsuit, Federal regulators claimed on Tuesday that Google monopolizes the tools website publishers use to sell advertisements.

Pelosi’s move amounts to about three million dollars. And it has many online users calling foul over the massive coincidence of her sale.

Pelosi, who resigned from her leadership position but remains a member of Congress, sold 10,000 shares of Alphabet Class A stock on December 20, December 21, and December 28, according to federal disclosures, marking a combined transaction value between $1.5 million and $3 million. The disclosures were digitally signed by the lawmaker on January 12.

Google and its alleged illegal monopoly on online advertising “has corrupted legitimate competition in the ad tech industry,” according to the lawsuit.

The tech giant “uses its dominion over digital advertising technology to funnel more transactions to its own ad tech products where it extracts inflated fees to line its own pockets at the expense of the advertisers and publishers it purportedly serves,” the suit claims.

Pelosi’s eyebrow raising trade just ahead of this bombshell lawsuit just adds more fuel to the fire behind her and her husband Paul’s long record of alleged leverage of insider knowledge.

For example, as The Daily Wire also reported, “Paul Pelosi appeared to have cut losses in software company Nvidia last year before the United States placed new restrictions on computer chip sales to China and Russia.”

In another example outlined by The Hill: “In March 2021, Paul Pelosi exercised options to purchase 25,000 Microsoft shares worth more than $5 million.”

“Less than two weeks later,” the outlet added, “the U.S. Army disclosed a $21.9 billion deal to buy augmented reality headsets from Microsoft. Shares of the company rose sharply after the deal was announced.”

Though this story is no smoking gun, one thing remains certain: the Pelosi family has just hit yet another gold mine with their latest – albeit incredibly coincidental – sale of Google stock.