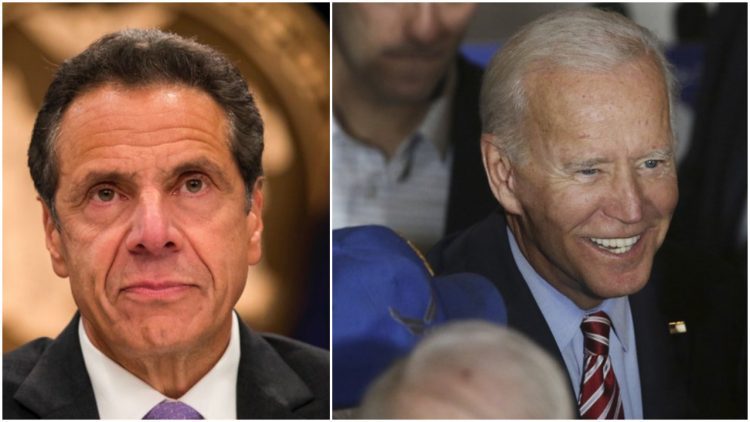 56% of Democrats want their party to nominate Andrew Cuomo for President. Only 44% want the party the stick with Biden. When the poll queried 2016 Hillary Clinton voters of all party affiliations, the desire to replace Biden with Cuomo rose even higher to 57%.

It’s hard to think of anything that could be more indicting of the enthusiasm levels for Biden, who is quite possibly the most low-energy major presidential candidate in several decades. It’s only days ago that Biden became his party’s de facto nominee after Bernie Sanders dropped out, and already polls indicate that Democratic voters want to replace. It appears the Democratic Party is already receptive to the notion of replacing their presidential nominee.

The poll was produced by a polling firm called WPAi, and featured interviews with more than 1,000 nationwide registered voters.

Yet another poll on the notion of replacing Biden with Cuomo by Rasmussen showed that Democratic opinion was largely split, with 46% preferring Biden to 45% for Cuomo. Biden’s latest string of confused gaffes during his coronavirus broadcast livestream appearances may have sounded a new alarm for Democratic voters, with the former Vice President having routine difficulties in communicating his train of thought.

The Democratic convention might end up getting cancelled or moved to a virtual format because of the coronavirus epidemic. Some have predicted that a real effort to replace Biden- who has come under increasing scrutiny for what many identify as serious cognitive decline- would take place at the event, with New York’s Cuomo as a possible replacement nominee.

The most low-energy presidential candidate of all time?