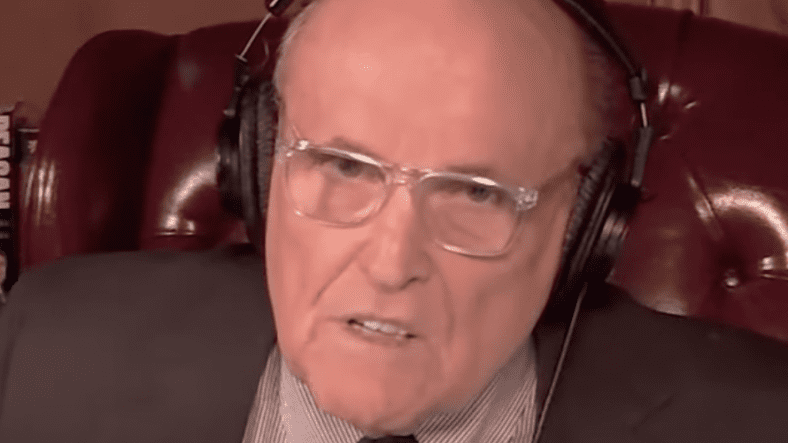 In the Wall Street Journal, billionaire oligarch George Soros published a piece defending the District Attorneys he has  patronized against charges that their lax measures against crime are responsible for the country’s growing crime problems.

“I have been involved in efforts to reform the criminal-justice system for the more than 30 years I have been a philanthropist … Yet our system is rife with injustices that make us all less safe,” Soros wrote.

Soros continued:  “We need to acknowledge that black people in the U.S. are five times as likely to be sent to jail as white people. That is an injustice that undermines our democracy.”

The billionaire oligarch gave a brief outline on what this criminal justice agenda looks like:

In recent years, reform-minded prosecutors and other law-enforcement officials around the country have been coalescing around an agenda that promises to be more effective and just. This agenda includes prioritizing the resources of the criminal-justice system to protect people against violent crime. It urges that we treat drug addiction as a disease, not a crime. And it seeks to end the criminalization of poverty and mental illness.

Soros cited “the most rigorous academic study,” to declare that  “violent crime in recent years has generally been increasing more quickly in jurisdictions without reform-minded prosecutors.”

“Murder rates have been rising fastest in some Republican states led by tough-on-crime politicians.”

Durden added, “In 2020 under Soros-funded District Attorney George Gascón, the city of Los Angeles saw a 36% increase in homicides, which LA County Sheriff, Alex Villanueva, blamed on the DA..”

In Villanueva’s view, the rampant rise in crime is the result of Gascón’s tenure as DA of Los Angeles County where he has failed to prosecute criminals

Ever since Gascón assumed the position as DA, Villanueva said to the Epoch Times that 2,690 cases— roughly 30%—“that normally would have gone through were rejected.”

Part of Gascón’s tenure as DA saw him try to “reimagine public safety” through various controversial policies. These policies have been met with great criticism from deputy district attorneys, lawyers, current and former public officials, and victims’ families.

BLP previously reported on former San Francisco District Attorney Chesa Boudin’s collapse at the polls during a recall election on June 7. This came about after Boudin pursued a series of soft-on-crime policies that mirrored his fellow Soros-funded DAs across the country. The result has been a shocking increase in crime and an overall decrease in the quality of life in San Francisco.

Durden noted that one of the most prominent critics of Soros has been former New York City Mayor Rudy Giuliani. The former NYC mayor built a reputation for his strong law & order measures during his time as mayor from 1994 to 2001.

“If there is one single person responsible for the record increases in murder and violence in America’s cities it’s George Soros,” Giuliani declared in a tweet he posted on August 1.

If there is one single person responsible for the record increases in murder and violence in America’s cities it’s George Soros.

The blood is on his hands.

“Major contributor to BLM, Antifa, Democrat Party, Biden, Harris and 40 or so pro Criminal DAs. The blood is on his hands,” Giuliani continued.

Indeed, Giuliani is correct in observing that Soros’ funding of a consortium of leftist organizations and political machines have created a network of culturally leftist elected officials that are turning America’s once great cities into facsimiles of Gotham.

Soros’ case demonstrates how elites can wield disproportionate power in politics and ultimately shape discourse and the decision-making process.

In light of this harsh reality, the America First Right must build a counter-elite to challenge the present set of elites and ultimately overthrow them. It’s the only way to generate long-term political change in the epoch of mass democracy.