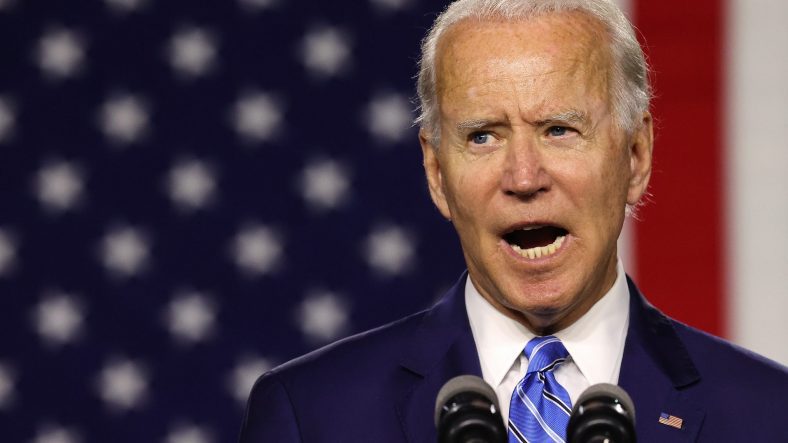 The Saudi Arabians have released a letter confirming that the Biden regime pressured them to manipulate oil prices in a stunt orchestrated to help keep prices down and help Democrats win in November.

The Ministry of Foreign Affairs of the Kingdom of Saudi Arabia released the letter on Thursday exposing Biden’s plot to manipulate the global oil supply in order to help his party’s chances at keeping power.

“An official at the Foreign Ministry in the Kingdom of Saudi Arabia stated that the government of [Saudi Arabia] has viewed the statements issued about the Kingdom following the OPEC+ decision announced on October 5 2022, which have described the decision as the Kingdom taking sides in international conflicts and that it was politically motivated against the United States of America,” the letter states.

“The Government of the Kingdom of Saudi Arabia would first like to express its total rejection of these statements that are not based on facts, and which are based on portraying the OPEC+ decision out of its purely economic context. This decision was taken unanimously by all member states of the OPEC+ group,” the letter adds.

Later in the letter, the Saudis exposed the Biden regime for lobbying them to manipulate the global oil supply heading into the 2022 midterm elections.

“[Saudi Arabia] would also like to clarify that based on its belief in the importance of dialogue and exchange of views with its allies and partners outside the OPEC+ group regarding the situation in the oil markets, [we] clarified through its continuous consultation with the US Administration that all economic analyses indicate that postponing the OPEC+ decision for a month, according to what has been suggested, would have had negative economic consequences,” the letter states.

Incredible. Saudi Arabia just threw @JoeBiden under the bus. The Saudis expose that Biden wanted them to delay a decision about limiting oil production until after the midterms because Biden didn’t want new fuel price hikes until after the election. Very corrupt and impeachable. pic.twitter.com/fcfkwSWoO7

This news shows how low the Biden regime will stoop in order to keep power. The Democrats do not want the American public to realize the economic damage they have caused until after the midterms, when they will be free to more openly destroy civilization for a couple more years.