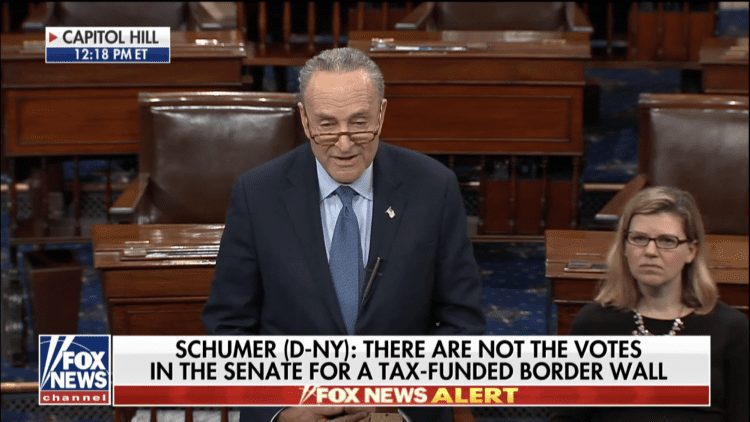 Chuck Schumer took to the Senate floor to take full credit for the impending government shutdown.

The Democrat leader said his caucus refuses to fund the government all because President Trump wants $5 billion dollars to begin construction on the border wall with Mexico.

In 2013, Democrats blamed Ted Cruz for shutting down the government because of his attempt to block Obamacare funding. But now in 2018, when Senate Democrats are using the exact same strategy, it’s somehow Republicans’ fault.

The facts are clear, the GOP Congress sent a bill to the Senate that would fund the government. Democrats are refusing to pass the bill.

Wonder what Mitch is saying to Chuck here…