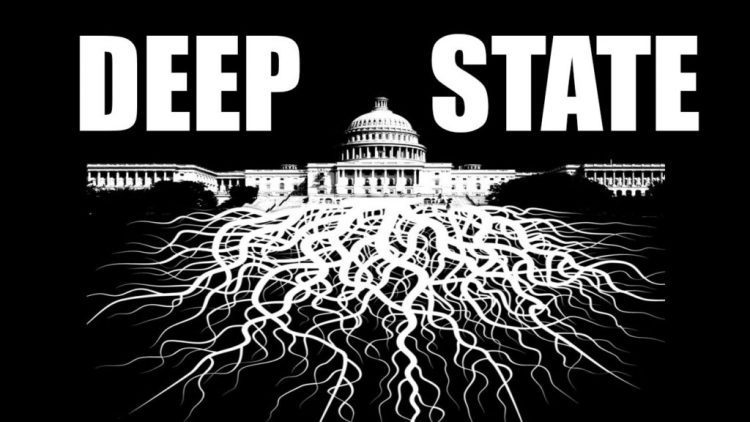 Federal records indicate that the deep state changed their rules and regulations regarding whistle-blowers shortly before the complaint against Trump went public, quietly removing the requirement last month for whistle-blowers to have first hand knowledge of a situation before filing a complaint.

The new rules allow whistle-blowers to file complaints if they have only “heard about [wrongdoing] from others” and have no direct knowledge about the situation. This change has allowed President Trump to be targeted with an impeachment inquiry based on a complaint filed by a whistle-blower believed to be a CIA agent.

Sean Davis of The Federalist explained the regulatory changes that were made to set the stage for the next phase of the deep state’s coup attempt against President Trump:

The internal properties of the newly revised “Disclosure of Urgent Concern” form, which the intelligence community inspector general (ICIG) requires to be submitted under the Intelligence Community Whistleblower Protection Act (ICWPA), show that the document was uploaded on September 24, 2019, at 4:25 p.m., just days before the anti-Trump complaint was declassified and released to the public. The markings on the document state that it was revised in August 2019, but no specific date of revision is disclosed.

The complaint alleges that President Donald Trump broke the law during a phone call with the Ukrainian president. In his complaint, which was dated August 12, 2019, the complainant acknowledged he was “not a direct witness” to the wrongdoing he claims Trump committed.

A previous version of the whistleblower complaint document, which the ICIG and DNI until recently provided to potential whistleblowers, declared that any complaint must contain only first-hand knowledge of alleged wrongdoing and that complaints that provide only hearsay, rumor, or gossip would be rejected.

“The [Intelligence Community Inspector General] cannot transmit information via the ICPWA based on an employee’s second-hand knowledge of wrongdoing,” the previous form stated under the bolded heading “FIRST-HAND INFORMATION REQUIRED.” “This includes information received from another person, such as when an employee informs you that he/she witnessed some type of wrongdoing.”

“If you think that wrongdoing took place, but can provide nothing more than second-hand or unsubstantiated assertions, [the Intelligence Community Inspector General] will not be able to process the complaint or information for submission as an ICWPA,” the form concluded.

House Democrat leaders are now claiming that the impeachment process against President Trump may begin as soon as next week.

“I expect subpoenas,” House Intelligence Committee chairman Adam Schiff (D-CA) told CNN about the process that he intends to move forward as “expeditiously as possible.”

Schiff added that “it will strengthen the case on obstruction” if the White House refuses to comply with the Democratic Party’s witch hunt.

The deep state will stop at nothing to overturn the 2016 presidential election, and remove Trump from the White House against the will of the people.