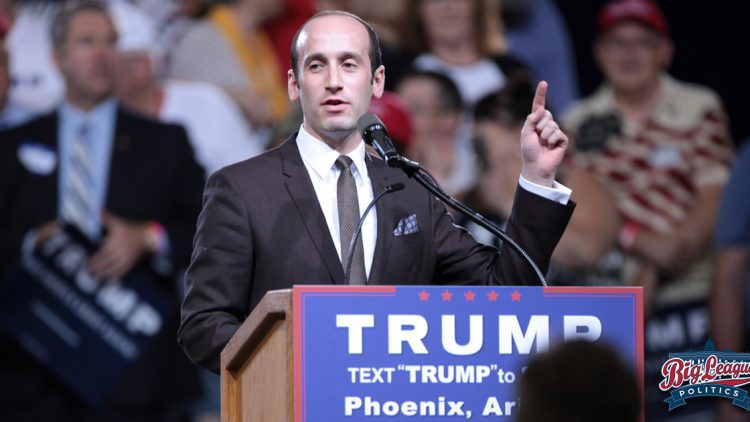 Former Trump White House policy advisor Stephen Miller is preparing to launch a new legal group to fight President Joe Biden’s agenda in the court system, taking a page from the book of the ACLU and other left-wing advocacy groups that coordinated with Democrats to try and block Trump’s platform during his time in office.

Miller’s group will be titled America First Legal, distinguishing itself from other conservative legal groups by adopting a name will an expressly populist and nationalist bent.

Miller reportedly is interested in leading the group on the basis of his experience crafting policy in the Trump White House, and structuring presidential orders in a manner that would endure intense scrutiny from left-wing judges in the court system.

America First Legal will seek to coordinate with Republican state Attorney Generals in addition to filing its own lawsuits. Republicans such as Ken Paxton have already seen success in suing the Biden administration, with Paxton effectively overturning Biden’s temporary cessation of all ICE deportations as a violation of federal law.

Federal judiciaries are among the few civic institutions in American life where conservatives still hold a degree of power, and it’s very likely much of Biden’s liberal-globalist program will run into problems within the system, especially if Republican victories in the 2022 midterms force Biden to adopt Barack Obama’s approach of legislating through executive order.

Former Clinton impeachment lawyer Ken Starr is expected to take on a senior role at America First Legal, with former White House Chief of Staff Mark Meadows also slated for the group’s board.

14 Republican Attorney Generals have signed onto a lawsuit challenging Biden’s shutdown of Keystone XL pipeline construction, in what could become the next major court case of Biden’s presidency.