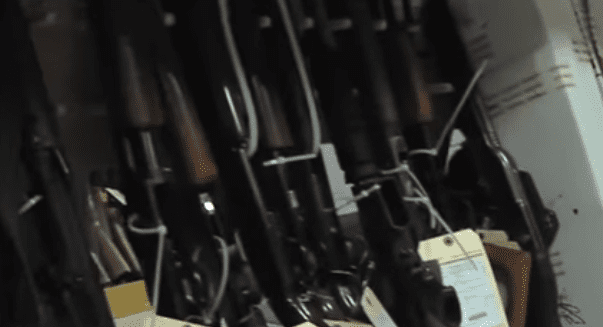 The ATF recently sent a cease and desist letter to Q, LLC in regards to their Honey Badger pistol.

For starters, the Honey Badger is an AR-15 pistol equipped with a pistol brace and is produced by SB Tactical. According to John Crump of AmmoLand, the ATF classified the Honey Badger as a short-barreled rifle (SBR). SBRs are subject to the National Firearms Act, which comes with a $200 tax stamp and additional paperwork.

This arbitrary change by the ATF has had a number of people in the Second Amendment community worried. Many fear that this could be a replay of the bump stock ban, where the ATF went about its usual regulatory arbitrariness and classified bump stocks as machine guns, thus leading to their prohibition.

Crump noted some differences between this case and the previous bump stock drama:

Since the ATF could not use their industry side to go after Q because of DOJ limitations, the agency decided to use its criminal arm to send a Cease & Desist Letter and accuse the company of selling unregistered SBRs. Sources inside the ATF tell AmmoLand that the investigation and subsequent letter was a result of how Q marketed the Honey Badger. After trying to resolve the issue with ATF, Q went public with a letter to their customers advising them of the ongoing situation and the legal jeopardy.

A glance at ATF leadership shows that this agency is more than willing to work against President Donald Trump’s pro-Second Amendment message and undermine the administration in the shadows. That’s how practically all bureaucracies work in the era of modern-day public administration. Unelected mandarins call the shots with a total disregard of the will of the people.

Crump laid out why Lombardo is no friend of gun owners:

AmmoLand New’s sources inside the agency say she is not loyal to the president. Several independent sources have stated that Lombardo has a narrower definition of the Second Amendment than President Trump & the rest of America.

Sources also tell AmmoLand News that Associate Deputy Director Marvin Richardson, another career bureaucrat, has an ax-to-grind against pistol braces and believes they violate the NFA but doesn’t think that they have the political capital to make a move against the millions of accessories under a Trump presidency. Those inside ATF with knowledge of the situation told AmmoLand News that higher-ups at the ATF believe that they will have the political capital and cover to go after braces under an anti-gun Biden administration.

Many in the ATF are hoping for a Joe Biden victory, which will likely provide an environment where the agency can receive more funding and have more power to harass lawful gun owners.

Second Amendment activists should start getting serious about promoting causes that will defund and ultimately abolish the ATF. It is a powerful source of bureaucratic evil and phasing it out will do gun owners a whole lot of good.