U.S. Student Who Went to Pakistan to Blog about the Nation’s Culture is ‘Brutally’ Gangraped 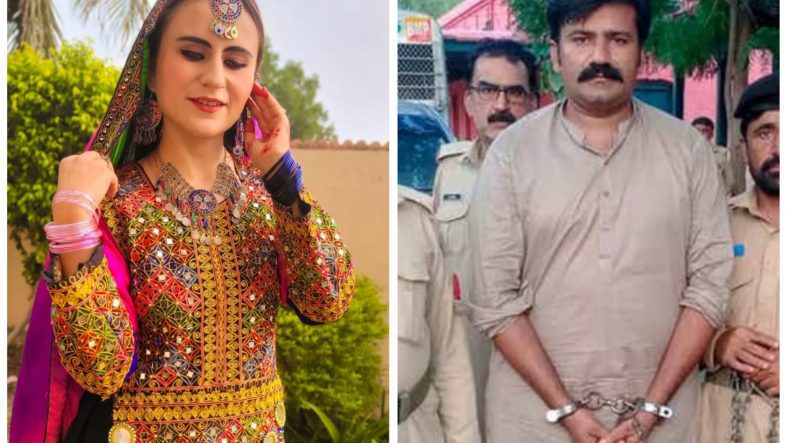 21-year-old Arabela Arpi, an American-German student at Duke University, loved Pakistan so much that she wanted to travel there and blog in honor of the nation’s rich culture.

Then she was viciously gangraped by third-world savages.

“I first came here in 2019 to visit my fiance’s family, who live in Lahore,” Arpi said to VICE. “Travelling to Pakistan was unlike any other destination, where everything is catered to tourists. In Pakistan, people follow their own traditions, wear their traditional clothes and eat their traditional food. It’s culturally vivid.”

Based on what she saw in social media posts, Arpi thought it would be safe to go “off the beaten path” in areas not typically traversed by foreigners, mostly by herself.

In the city of Dera Ghazi Khan on July 17 in the Punjab province of Pakistan, Arpi was extorted and “brutally” gang raped by two men who she had known and befriended during her travels. They videotaped the act and threatened to leak if she spoke out about the heinous act.

Arpi’s experience shows the dangers of foolish girls believing the nonsense they are spoon fed by influencers on social media.

“Foreign vloggers often paint a much more positive picture about how easy it is to travel around Pakistan than it really is,” said Michael Kugelman, an Asian studies expert at the Wilson Center thinktank. “This poses risks for people unfamiliar with Pakistan who come in from abroad.”

Big League Politics has reported on the propensity of the refuse of the third world to commit rapes on foreign women, especially when imported globalists into host nations:

“The fourth and final Afghan migrant accused of gang raping and then murdering a 13-year-old Austrian girl in June was apprehended in London on Thursday.

As public anger grew against the migrants for the alleged act, a far-left group demonstrated violently against the news media for reporting the facts of the situation. They apparently believe the facts are racist and must be hidden from the public so more potential gang-rapist murderers can be imported from third-world hellscapes without an outcry.

“You say sexual violence against… women, lesbians, intersex non-binary and trans people is imported. We say violence against [them] is the cruel consequence of a sexist society, capitalism and patriarchy,” the leftist thugs wrote in a letter to the eo24 news portal, containing the typical gibberish devoid of any meaning.

The feminists seemingly arguing in favor of foreign gang-rapists have only added to the disgust from the Austrian people. Niki Fellner, the oe24 managing director, said the “violent incursion” should be punished to the maximum extent of the law. The leader of Austria even chimed in against their actions.

“To speak of a ‘racist diversion’ here is a mockery of the victim and a slap in the face of the bereaved. I deeply reject that,” said Austrian Chancellor Sebastian Kurz, who said there are no excuses for the “bestial act” committed by these migrants.”

This case, as horrible as it may be, shows what happens when female empowerment is unmoored from reality. The delusions of feminists and globalists regularly enable the worst of predators.