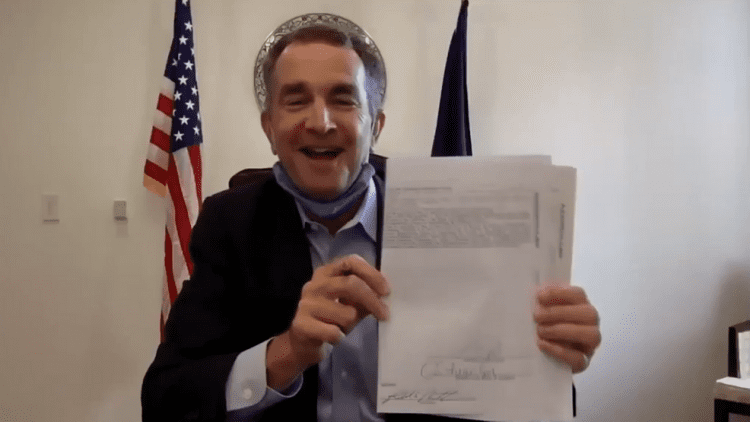 Previously, anyone applying for a driver’s license in Virginia had to demonstrate that they were legally present in the United States. The legislation signed Monday does away with that requirement.

Illegal immigration advocates celebrated the amnesty law, which was signed in a virtual signing from the governor’s office on Monday.

Northam’s governance of Virginia has trended in an expressly left-wing direction after being exposed for appearing in a racially charged blackface college yearbook photo by Big League Politics.

More recently, North Carolina residents have caught Governor Northam’s personal vehicles at his getaway house in Dare County, suggesting that either Northam or his family members had violated multiple stay-at-home and travel restriction orders, most notably those signed into place by Governor Northam himself.

“In addition to giving members of Virginia’s immigrant community the ability to legally drive a vehicle, this driver privilege card legislation legislation will make obtaining valid identification accessible to all Virginia residents, regardless of their immigration status,” said Northam of the legislation.