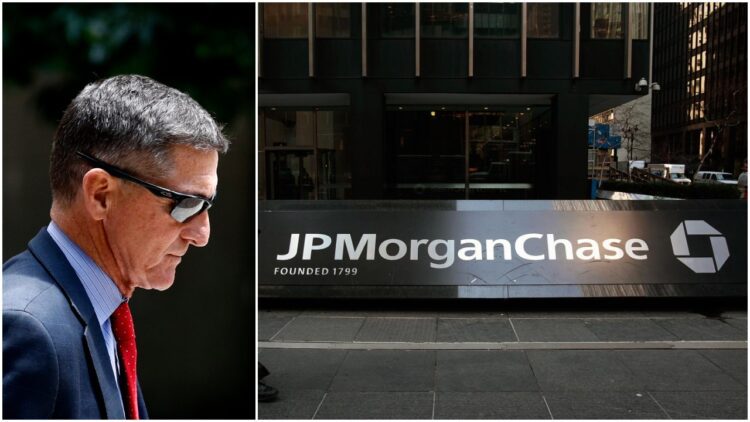 “After careful consideration, we have decided to close your credit cards on September 18, 2021 because continuing the relationship creates possible reputational risk to our company,” the banking giant wrote in a letter to Gen. Flynn.

“You may receive additional account closing notification if you have other accounts under a different name or address,” they added.

This news should come as no shock to anyone following what has been happening across America in recent months. Gen. Flynn may be the most prominent victim of this corporate repression meant to punish political dissidents, but others such as congressional candidates Laura Loomer and Lauren Witzke have been targeted as well.

Loomer had her rights violated by Stripe, who cancelled her account in an attempt to stifle her freedom of speech and cripple the journalism project spearheaded by the outspoken Florida candidate for U.S. House.

“Well. Just got back to my hotel room in Tallahassee after giving a speech about big tech censorship and speaking to FL lawmakers about the FL big tech bill only to find out I’ve been BANNED from Stripe, the payment processor. Stripe was my last resort. I’ve been banned pretty much everywhere else. It’s how I make a living through my website and fund my investigative journalism and activism,” Loomer said.

“I’m a Congressional candidate in President Trump’s home district and Stripe is the payment processor the RNC and NRCC use via Win Red,” she added.

Witzke, a former 2020 U.S. Senate candidate in Delaware, was targeted by Wells Fargo, who cancelled her account without giving her notice and left her with no funds.

“Wells Fargo has shut down my bank account, taking all of my money and leaving me with a zero balance. When I called Wells Fargo told me that it was a “business decision” and that they have the right to close my account at any time. Had I not been surrounded by friends in Florida, I would be completely stranded. Use this as a warning and get your money out of Wells Fargo if you are a conservative. This is so evil,” she said.

The corporations are fully in line with the agenda to eviscerate the Bill of Rights and the Constitution, and they are happy to serve as the enforcement arm of the one-world government. Republicans must fight these monolithic globalist entities if they wish to put America first and put the country back on the path toward greatness.