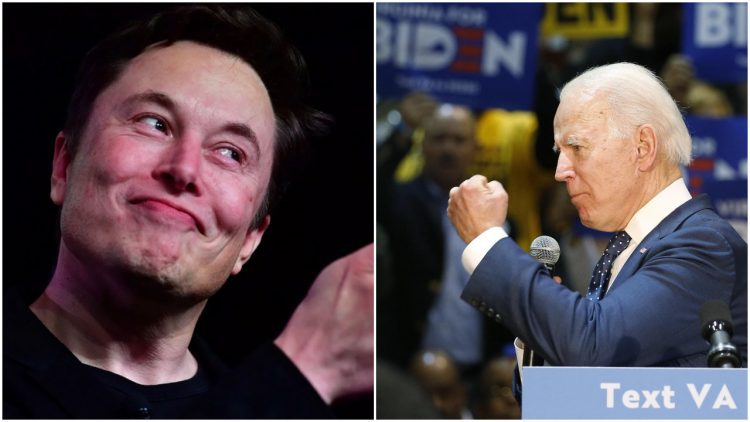 ???? @elonmusk is no longer following @POTUS

Musk apparently isn’t interested in whatever the 78-year old Democrat has to say. Biden has promised to govern as a boring establishment politician.

The account formerly belonged to President Trump, and has been transferred to Biden after the latter’s installation in the federal presidential palace in Washington.

Musk’s company aims to resolve issues of climate change and pollution by developing electric vehicle. Musk is also the founder of SpaceX, a company that develops new technologies for use in human spaceflight.

The billionaire is known as a critic of left-wing cultural intolerance, criticizing the state of California for its liberal complacency and predicting that Silicon Valley is destined to decline as Big Tech companies institute mandatory identity-leftism and stringent speech codes. He’s criticized some of the COVID-19 lockdown restrictions that halted production at Tesla’s California plants.

Musk isn’t exactly a Trump supporter, either. The Afrikaner immigrant and PayPal entrepreneur criticized the 45th President for withdrawing the United States from the Paris Climate Accords. Musk is a proponent of a carbon tax, a regressive policy that shifts the burden of accounting for climate change from the biggest polluters to average, everyday commuters.

“Boring” doesn’t mean genteel or beneficial, and Biden might soon find that he’s going to criticized on the basis of his policies whether he uses language deemed “polite” by the media or not.