Fake News Defends Jan. 6 Provocateur Ray Epps Even After He Admits He Helped ‘Orchestrate’ the Riot 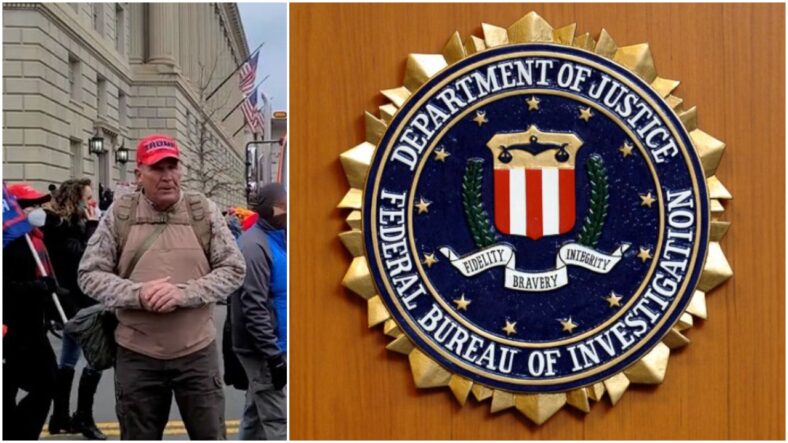 The fake news is running cover for Jan. 6 provocateur Ray Epps even after Epps admitted saying he helped to “orchestrate” the riot that happened at the Capitol that day.

The Federalist CEO Sean Davis pointed to Jan. 6 committee testimony in which Epps admitted he said he “orchestrated” the infamous demonstration during an interview with House investigators:

On the afternoon of January 6, Ray Epps texted his nephew about the events at the Capitol: “I was in the front with a few others. I also orchestrated it.”

And we wonder we he was never charged and why he’s the only person whom Kinzinger and Cheney will defend. pic.twitter.com/8WfIs5nlE1

While any other Jan. 6 protester would be crucified by the media for this admission, Ray Epps – for some peculiar reason – is getting a free pass and being cast as a victim of conspiracy theories in news stories.

NBC News painted Epps in a sympathetic light in their recent coverage of his Jan. 6 commission interview.

“We had a tour bus come by our home and our business with all these whacked out people in it,” Epps said. “There are good people out there that was in Washington. Those aren’t the people that’s coming by our house. This attracts — when they do this sort of thing, this attracts all the crazies out there.”

“I saw people crawling all over the Capitol, climbing the walls. It made me kind of ill to my stomach. … There was no point in going back. It had gone beyond to what I wanted it to be,” he claimed.

However, Epps can be seen on video clearly stoking the passions of rally attendees and driving the demonstration inside the U.S. Capitol on Jan. 6:

Again the NYT video documentary features Epps as one of the key orchestrators of the Capitol siege pic.twitter.com/yT5qt9trBl

Big League Politics reported on Epps acquiring legal counsel who had previously worked for the FBI for many years:

“Ray Epps, the Oath Keepers activist who has been widely accused of being a federal asset for stirring people up in the lead-up to the Jan. 6 U.S. Capitol discussion, has hired an attorney who worked for the FBI for nine years.

[Ray Epps' lawyer] has seen it all, his biggest asset is his relation with prosecutors and law enforcement in ways other lawyers cannot because of his background…

Strangely, despite his apparent inciting behavior, Epps has not been thrown in jail or even charged with a crime. Recently, he had Jan. 6 commission members defending his character in public after Republicans suggested the possibility of Epps being a federal asset, making the entire situation seem even more fishy…

Epps’ choice of attorney is not going to quell the chatter about the possibility of him being a federal asset. There are still many questions about Jan. 6 that remain unanswered.”

Epps remaining a free man and being repeatedly defended by the interests who desperately want peaceful pro-Trump patriots who protested on Jan. 6 thrown in prison as insurrectionists may be the smoking gun that the riot was a federally-run operation.