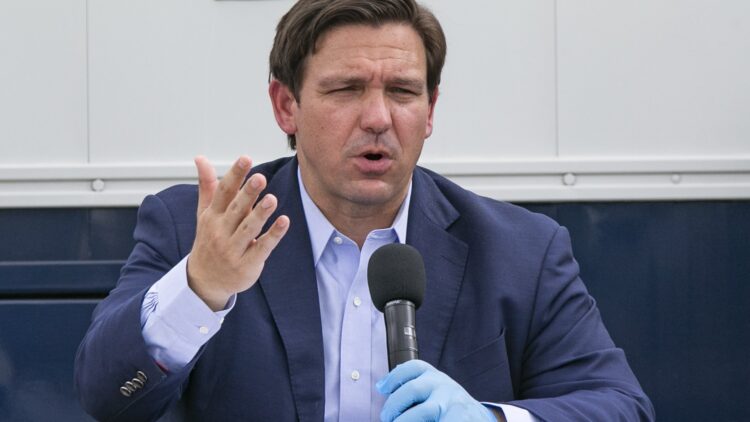 A common trope from supporters of the likely presidential run of Florida Governor Ron DeSantis is that he stopped COVID lockdowns in his state during the height of the pandemic while President Donald Trump was pushing them from the White House.

“If you are vaccinated, fully vaccinated, the chance of you getting seriously ill or dying from COVID is effectively zero,” he said “If you look at the people that are being admitted to hospitals, over 95% of them are either not fully vaccinated or not vaccinated at all. And so these vaccines are saving lives. They are reducing mortality.”

Big League Politics has reported about the RINO globalist mega donors currying favor with DeSantis, cajoling him to run for president in 2024 to upend the America First movement and divert grassroots energies into supporting traditional Republican politics:

Overall, DeSantis has an impressive record in Florida, but his record is being distorted in order to present him as a credible foil for President Trump’s presidential run in 2024. Trump is the candidate in 2024, and if DeSantis has the audacity to run against him, it will be the worst decision he could ever make for the America First movement as well as his own future ambitions.