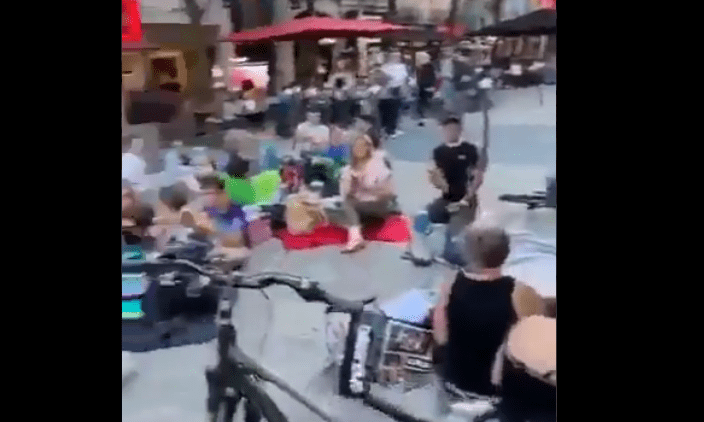 Residents of Paris in France have taken to protesting authoritarian vaccine passports by staging picnics outside of businesses in their city that embrace a passport policy.

Many “vaccine-only” restaurants and bars could be seen empty as they were protested by dozens of people earlier this week.

Mass protests against vaccine passports- an unpopular policy in France favored by liberal-globalist President Emmanuel Macron- occured for the sixth consecutive weekend last week, with the nation’s resistance to draconian vaccine mandates more potent than anything else seen in Europe and perhaps the world. Weekend protests against Macron’s “health pass” mandates have drawn as many as 175,000 people, in what may represent the largest protests in recent French history.

Massive protest against the domestic vaccine pass in Paris, France for the 6th consecutive weekend. pic.twitter.com/dZfEDWkqog

The authoritarian system requires French citizens to submit to vaccination in order to enter grocery stores, coffee shops, and schools, creating a de facto segregated society in which those unable or uninterested in being vaccinated are regulated to the status of an underclass with no legal right.

Protests of vaccine mandates and passports is only thought of as a conservative political proposition in America, with American liberals unique in their emphasis in submission and obedience to authority.