Britney Spears has recently used her Instagram account to slam Hollywood and to evidently criticize the worldwide Zionist movement for controlling celebrities such as herself. To no one’s surprise, Britney has deleted some of her populist content, but the fact that Spears is willing to say populist radical things is actually a refreshing surprise.

Britney Spears, the canary in the coal mine of the millennial generation, scored numerous pop music hits in the late ’90s and early ’00s, including “Hit Me Baby One More Time” and “Toxic.” She grew up in the Disney environment, as a member of the “Mickey Mouse Club,” and so her life was influenced from the start by the toxic influence of demonic corporate culture.

“I’d rather hang out with homeless people than the people in Hollywood…JUST SAYING!!!!,” Britney Spears stated in a recent post, which she reportedly deleted. Did she decide to delete the post herself or perhaps did some kind of managerial parasite tell her to delete it? Spears also recently shared a Zionist Star of David symbol while discussing people who control celebrities. Is Britney Spears a closet anti-Zionist whose truth is simply being suppressed by the Zionist media monopoly? Decide for yourself! Britney shared this image to accompany her essay about people who control celebrities: 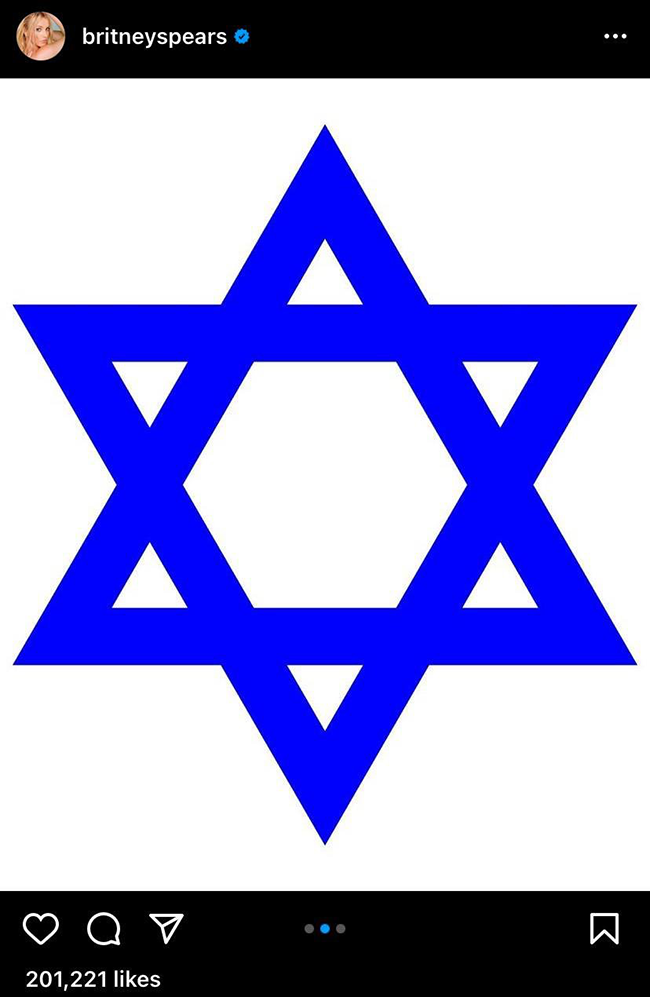