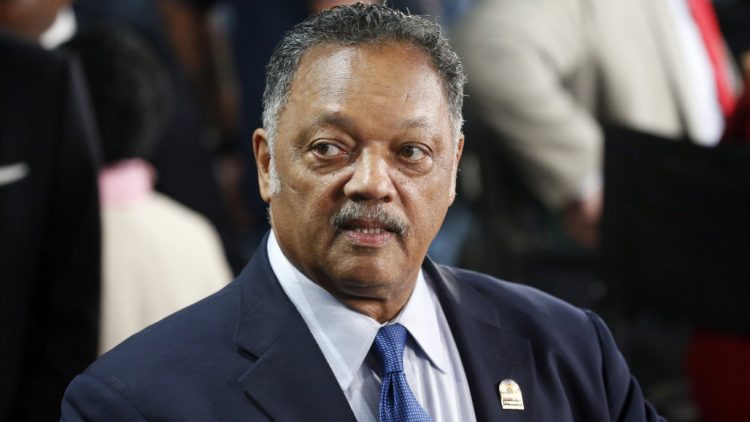 Notorious race hustler Jesse Jackson has finally taken advantage of the media attention surrounding the war of words between NBA superstar LeBron James and Fox News host Laura Ingraham, just as he has done with so many other such situations throughout the years.

Late last week, during a monolog on her primetime Fox News show, Ingraham told James to “shut up and dribble” after he claimed President Donald Trump “doesn’t give a f*uck about the people.”

Not surprisingly, James has said he will continue to “talk about what’s really important.”

Securing his 5-minutes in the limelight of this media cycle, Jackson stressed the importance of even more professional athletes, specifically NBA players, continuing to speak out on “injustice” and against President Trump.

“No one told David to just play his harp and not stand up for his people,” Jackson told the AP on Monday. “No one told Samson just lift weights and not challenge the Philistines. They told Jackie Robinson, ‘Just play baseball.’ He told them, ‘I’m a man with dignity first.’ They told Dr. King, ‘Go be confined to the pulpit.’ He said, ‘I must speak peace to a troubled world.’ In that tradition, King James, LeBron, his slam dunk for justice is needed. We thank him.”

Jackson went on to claim it is professional athletes ‘duty’ to speak up when confronted with inequity or wrongdoing.

“When Trump is attacking the FBI and covering up for the KGB,” Jackson continued, “LeBron’s voice is needed.”

Previously, Jackson has spoken out on other public conversations involving LeBron, like when Jackson claimed the Cleveland Cavaliers had treated James like a “runaway slave” after paying James more the $60 MILLION before he decided to sign with the Miami Heat in the summer of 2010.