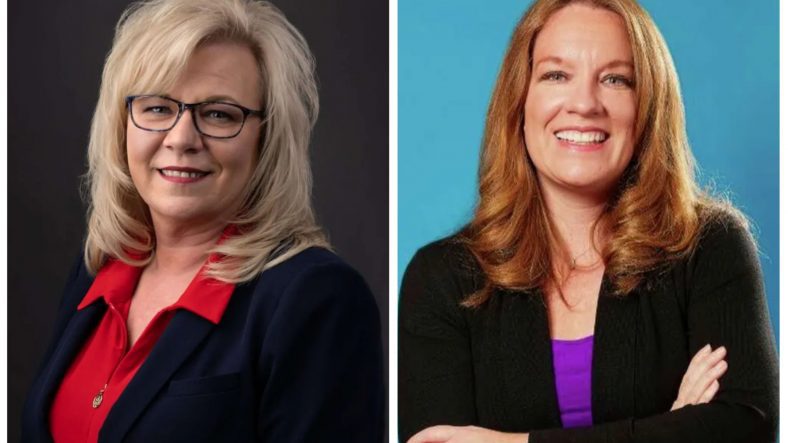 Michigan Democrats are openly plotting election fraud in a Republican state house race, colluding to put a stealth Democrat into office as a Republican and urging Democrat voters to illicitly flood the Republican primary race during the Aug. 2 primary.

Failed state house candidate Sarah Schulz is bragging about the plan to put Midland County Clerk Ann Manery, a far-left liberal, into office as a Republican under false pretenses by duping the voters on election day.

“All it takes is a few thousand local democrats and independents to vote over on the Republican side of the primary ballot for Ann. (and NOT cross your ballot and vote for any Dems this time),” Schulz wrote in a Facebook post.

“Ann is pro reproductive rights, pro gun safety, and pro LGBTQ+ rights.  She believes in the validity of the 2020 election (and I think we should listen to her on that one – she is, after all, the county Clerk!). She’s a 30-year+ public servant in our county who has always put people over politics. Regardless of party, I would be honored to have her as my representative,” she added.

Manary is clearly a willing party to Schultz’s dishonest and potentially illegal election fraud ploy, reposting Schultz’s articles regularly on her own Facebook page. Manery is coming out of the closet as a liberal in disguise, a fact that she has concealed for decades to serve as clerk in the solidly conservative county of Midland.

Big League Politics has reported on the immense corruption committed by other Michigan clerks who are being brought up on charges of improprieties after looking the other way as fraud occurred in the 2020 presidential election:

Before Gleason became the county clerk, he served as a Democrat in the Michigan state senate from 2009 through 2012 and in the state house of representatives from 2003 through 2006. He was one of the first people out in the media to deny widespread voter fraud after the 2020 presidential election…

The swamp runs deep in Democrat-run states, cities and counties throughout the country. They looked the other way during the election fraud of 2020, and the corrupt actors who betrayed their nation are only now starting to be revealed in the public eye.”

After getting away with the election steal during the 2020 presidential race, Democrats are feeling emboldened and publicly announcing their schemes to undermine voter integrity. The scheme by Manery and Schulz needs to fail on Aug. 2, and a future Republican governor ought to prosecute both women.