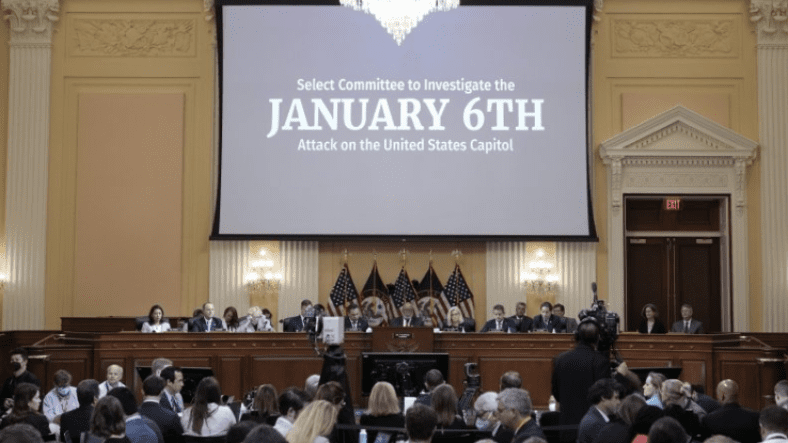 For some reason, fake news MSNBC thought it would be a good idea to air this clip of a focus group commenting on the riots of January 6th.

MSNBC tries to push the January 6th scam on a focus group and they are not having their nonsense pic.twitter.com/DAIjuYRPen

Random people from Pittsburgh were chosen for an MSNBC focus group, and they showed that they know more about January 6th than the mainstream media.

The video also highlights that many Americans are not buying into the fake news leftist lies.

Watch as the reporter appears mind blown over the fact everyday people aren’t as interested in January 6th as the elites are.

MSNBC host gets wrecked by panel of chuds who have done their homework pic.twitter.com/ZksWwMk9r1

For context, Doug Mastriano is running for governor in Pennsylvania. And is being smeared by the media as a dangerous insurrectionist who’s in support of January 6th.

Here is some of the conversation from the MSNBC clip above:

Reporter: Mastriano was at the insurrection and he was photographed breaching one of the restricted areas, is that okay?

Young person: Which area? Because I saw video where Capitol officers were taking away barriers and unlocking doors for people.

Someone else: They opened the gates and let them in.

Reporter: So it shouldn’t be disqualifying for an elected official if he participated in January 6th?

Notice how the focus group reacts, they quickly point the conversation to the footage they have personally seen with their own eyes. Police let Trump supporters into the capital. And most stayed inside the velvet ropes during their stay. People were taking selfies

Woman with glasses: And the only one who died was a protester there, not a capitol policeman.

Man with beard: An unarmed female veteran was shot by the police. That’s the only one who died.

Reporter: A police officer did die.

Woman with glasses: No.

Beard guy: He died of a heart attack.

The reporter is clearly stunned by the focus group denying and providing even more knowledge than her network’s talking points.

Reporter: What do you make overall of January 6th? … it was pretty disturbing… you know it’s the Capitol.

Woman: That looked a lot like Antifa’s actions to me.

Beard guy: Except on a smaller scale it looked the same as the Black Lives Matter riots.

Woman: That’s what I saw the similarities to be.

Then the focus group moved to call out the mainstream media for their biased reporting of January 6th when compared to the 2020 BLM and Antifa riots.

Reporter: So it’s okay just because one side you disagree with you think it’s okay-?

Young person: Anybody who caused property destruction, that needs to be dealt with. If you’re there making your voice heard, at the people’s house no less, that’s, again, it’s a fundamental right of an American citizen and people should be being held as political prisoner because of it.

Woman with red hair: It was an actually fiery but mostly peaceful protest.

Again, it’s amazing that MSNBC even aired this. Hats off to this focus group for saying what most Americans are already thinking. This was an absolute take-down of the failed leftist narrative for the whole event.

The woman with red hair used the fake news’ own headline against them.