EXCLUSIVE PHOTOS: State of North Carolina Drops Almost $100K to Brag About Giving Non-Citizens The Chance To Vote IN SPANISH North Carolina voters will not need to have a valid photo ID for the March 3, 2020, Primary Election.

This came about after a December 31, 2019 order from a federal district court which blocked North Carolina’s voter ID law from going into effect. This injunction will stay in place until the court says otherwise.

In the order, Judge Biggs declared that the voter ID requirement should be halted “with respect to any election, unless otherwise ordered by the court.”

To add insult to injury, the state of North Carolina spent nearly $100,000 of taxpayer dollars on 4.7 million copies of a document reminding North Carolina voters that they will not need to present voter ID during the March 2020 Primary Election.

Notice how the entire mailer is bilingual. English and Spanish. Given Republican concerns of non-citizens and illegal aliens committing voter fraud the choice to advertise NO ID REQUIRED in both English and Spanish is a curious decision by the state government. 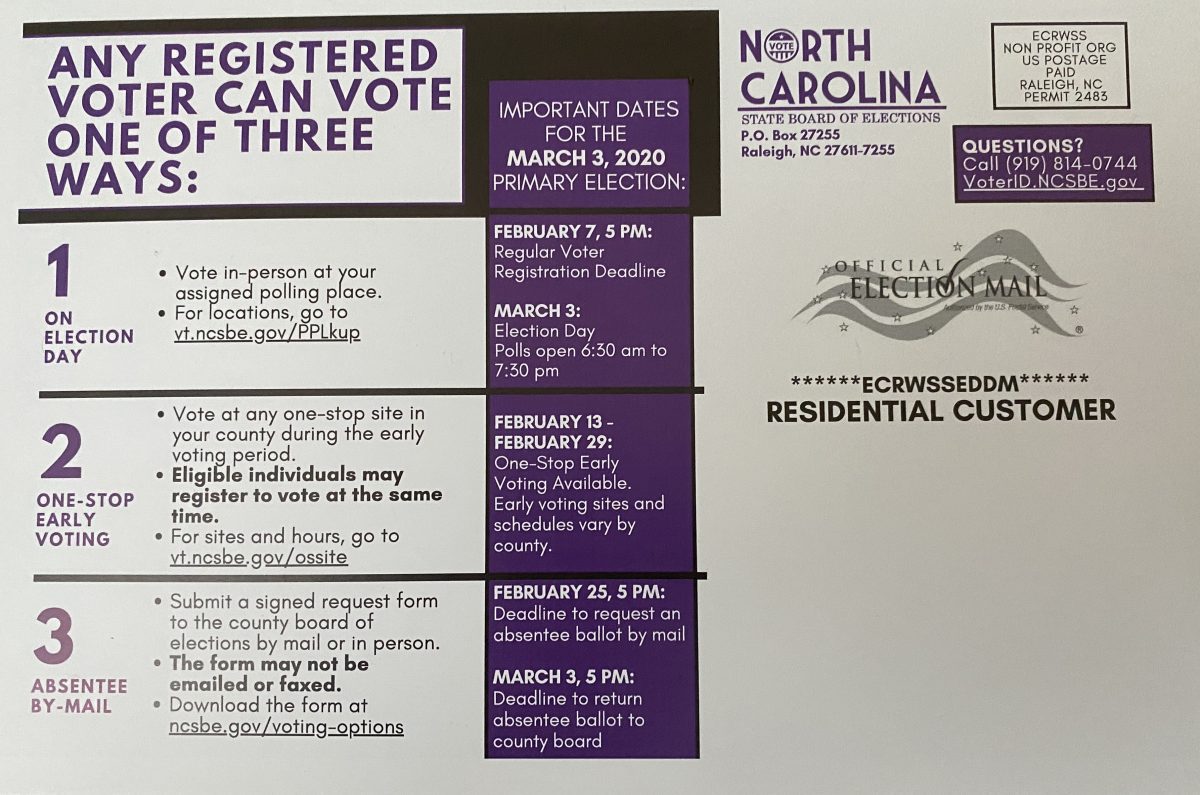 Attorney General Josh Stein responded to this court order on January 2, 2020. Although the state plans to appeal the injunction, Stein would not request that photo ID policies be restored for the Primary “to avoid any further voter confusion.”

Consequently, registered voters are not expected to present photo ID to vote during the Primary.

Given this news, non-citizens including illegal aliens who wanted to vote could have a field day during the Primaries now that the state is no longer requiring photo ID before voting.

Voter ID is a commonsense policy to protect the integrity of elections.

North Carolina has previous experience with non-citizens voting in elections. Back in 2016, 19 noncitizens ranging from ages 26 to 71  voted in the 2016 General Election. These noncitizens hailed from countries such as Japan, Germany, Mexico, and Korea.

However, voter ID is only a steppingstone because the immigration question needs a more robust policy response.

Without strong border security and the abolition of both birthright citizenship and chain migration, U.S. institutions will be pushed over the edge.

At the very least, states can do their part by passing Voter ID laws.

Sadly, activist courts have overreached their constitutional bounds, which will necessitate a strong response from federal courts.