Images leaked by an internal whistleblower show the blatantly racist and anti-white online training that Coca-Cola employees must undergo.

Some of the images from the course can be seen below. One depicts a laundry list of what it means to be “less white,” such as being “less oppressive, arrogant, certain, defensive, [and] ignorant.” Another one covered in Karlyn’s video says that “one-time workshops on racism are not enough” and recommends establishing organizational practices like “monthly affinity groups, cross-racial discussions, ongoing professional development, [and] revamped interview questions that address racial issues.” 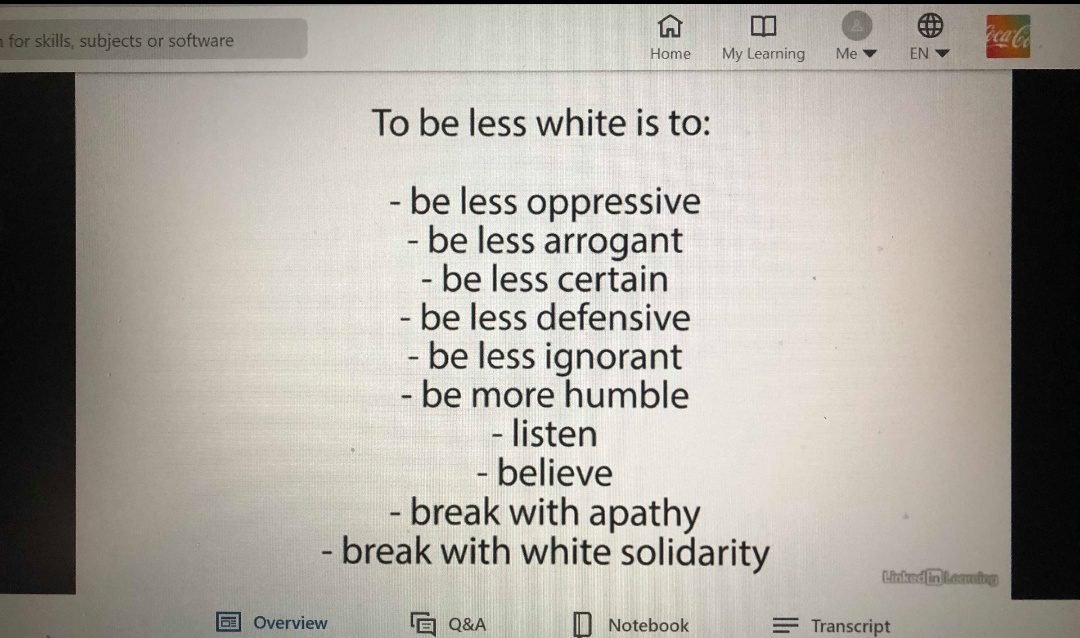 Earlier on Friday Big League Politics reported on how McDonald’s will cut executive bonuses if they fail to meet established criteria for promoting more women and minorities to senior leadership roles.

McDonald’s executives will see their bonuses cut if they don’t promote enough women and minorities to senior leadership roles.

According to a press release, the giant fast food chain is looking to “increase representation of historically underrepresented groups in leadership roles (Senior Director and above) located in the U.S. to 35%” by 2025. It also wants to achieve “gender parity” by 2030, which will require “[increasing] representation of women in leadership roles globally (Senior Director and above) to 45%.”

29 percent of these leadership roles currently belong to “historically underrepresented groups” and 35 percent to women.

If it’s a big corporation, there’s a near guarantee that it’s part of Woke Capital now.