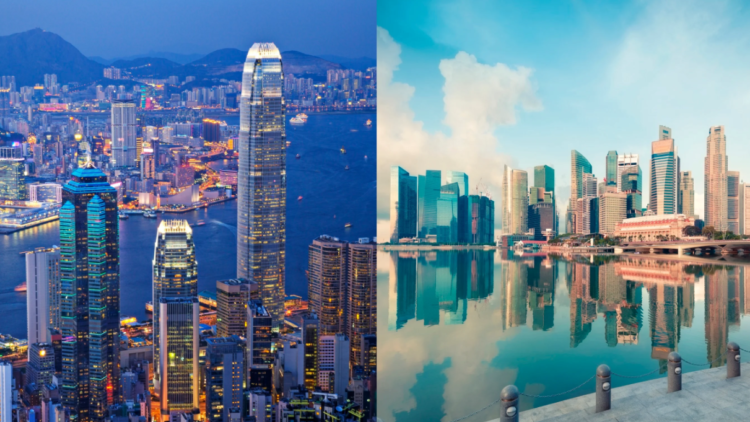 Hong Kong and Singapore have been economic rivals ever since they started their respective growth spurts in the 1960s. However, the past two decades have seen the Southeast Asian city-state pull ahead of the Chinese Special Administrative Region (SAR) in a variety of fields. From solidly eclipsing both Hong Kong and Tokyo as the premier financial hub of the east and taking the economic freedom crown for the last two years, Singapore’s relative success has made many in the international business community question the viability of Hong Kong as a base of international operations going forward. And that was before the pandemic.

According to The Epoch Times, it would appear that the former Crown Colony’s insistence on the continuation of a zero-covid strategy without any light at the end of the tunnel has caused the patience of many multinational companies and investors to wear thin, so much so that an increasing number of them are looking to relocate staff to jurisdictions that have concrete plans to reopen their borders, which is where Singapore once again has Hong Kong beat.

The Asia Securities Industry and Financial Markets Association (ASIFMA), Asia’s largest financial lobby group, issued an open letter to the Financial Secretary of Hong Kong showing nearly half of its surveyees were seriously considering relocating to greener pastures in light of the absence of an exit strategy from its harsh covid policies.

In contrast, while admittedly being delayed due to an ongoing spike in recorded covid cases, Singapore’s government has outlined clear and concise plans to reopen the economy and the country to the outside world, something it considers existential due to its small size necessitating connectivity with the rest of the world. Indeed, the Little Red Dot has already announced vaccinated travel lanes for eight countries including the United States. This and many other flexibilities are making Singapore an even more attractive choice for businesses vis-a-vis Hong Kong.

“With ongoing travel restrictions, a zero-COVID policy in place, and limited detail on an exit strategy from these policies, an unintended consequence is that Hong Kong’s status as an IFC [international financial center] is increasingly at risk along with its long-term economic recovery and competitiveness as a premier place to do business,” wrote Mark Austen, chief executive of ASIFMA.

Austen strongly encourages the Hong Kong government to craft a clear path towards reopening that businesses can base their future plans on. Such certainty is generally much preferred over a will-they-won’t-they situation, which is the case with Hong Kong at the moment.

“The rest of the world is moving on, and Hong Kong isn’t articulating a plan that gives individuals the certainty they need,” said Austen. “Some firms are moving operations, it’s not a huge amount right now. The longer this goes on, the more difficult it is for firms to keep those positions in Hong Kong.”

“The Government must do its utmost to foster informed dialogue and full consideration of the long-term risks to livelihoods if its borders remain effectively closed, in contrast to competing international financial and business centres,” Austen added.