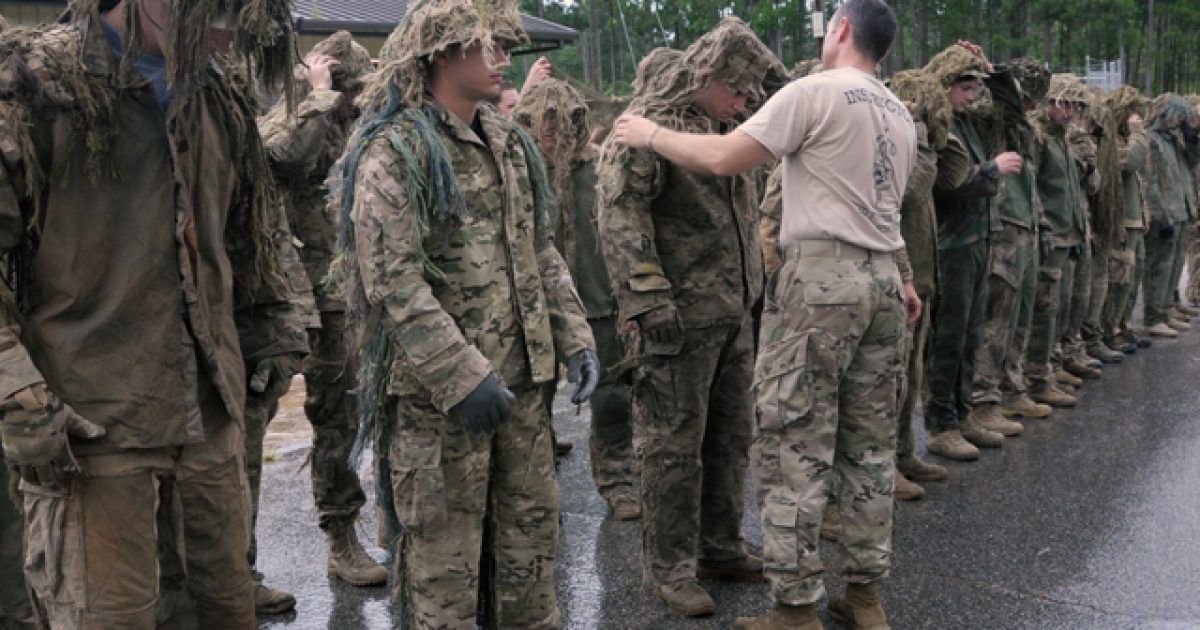 An organization of attorneys, calling themselves The Orders Project, is effectively encouraging military personnel to refuse orders to keep peace in the streets following the election if left-wing ANTIFA and Black Lives Matter terrorists lay waste to cities.

“In the days following June 1, I struggled to process what had taken place, to the point where I was sleeping very little,” said DeMarco. “I knew something was wrong, but I didn’t know what.”

“I am in a position as a major in the U.S. Army National Guard where I can do something, and that’s why I decided to come forward,” he added.

DeMarco is a posterchild for The Orders Project, a left-wing lawfare group that is attempting to convince U.S. troops to stand down and allow the country to be decimated by anarchists who want President Trump removed from office following the election.

“I don’t have a crystal ball. Events have been unfolding in ways that no one could have predicted,” said Eugene Lidell, director of The Orders Project.

“The first line of defense for people in the service who need some guidance should be the services themselves,” Lidell added.

Before he was director of The Orders Project, Lidell served as legal counsel for disgraced deserter Bowe Bergdahl, who went AWOL on his fellow troops in Afghanistan and was later detained by terrorists. He was influential in helping Bergdahl escape jailtime for his cowardly actions after former President Barack H. Obama set Islamic terrorists free to retrieve Bergdahl from captivity. Lidell admits that his latest scheme may put soldiers in harm’s way.

“The person who disobeys an order does so at his or her peril. I mean, you’re kind of rolling the dice,” Lidell said.

The Orders Project is another aspect of the color revolution coup that has been launched by the globalists to oust President Trump regardless of the will of the voters, which Big League Politics has reported on extensively:

… While the Democrats have already crippled American life with the scamdemic and laid waste to American cities with the black lives matter terror uprising, that all may just be pretext for a vote steal in November that will tear the nation apart for good.

The globalists have attempted to deceive military personnel that Trump is against them even though he has fought tirelessly to keep them out of harm’s way in the Middle East. This shameful, anti-American gaslighting attempt to make the troops the pawns of ANTIFA and Black Lives Matter is not likely to succeed.

Could the cop get off? The city of Minneapolis is preparing security measures in the advance of the trial of former Minneapolis police officer Derek Chauvin, who is charged with second-degree murder in the death of George Floyd. Jury selection in the trial is slated to begin on March 8th, and it’s possible the trial could be over by the end of the month.

Fearing a repeat of the devastating riots that rocked the liberal city in the wake of Floyd’s death in the summer, Minneapolis Mayor Jacob Frey has confirmed that as many as 3,000 law enforcement officers will be deployed throughout the city during the proceedings. More than 700 buildings in Minneapolis were destroyed in the summer’s riots, with the mayor going on to request $55 million in bailout funds from the federal damages after refusing to quell the mass crime.

It’s expected that Chauvin’s attorneys will argue Floyd actually died as the result of a drug overdose. Documents from the Hennepin County Medical Examiner’s office reveal that Floyd had ingested a fatal level of fentanyl when he died, and that if not for the altercation with Chauvin, coroners would’ve concluded he died of a drug overdose.

Reports had emerged suggesting that Chauvin earlier considered accepting a plea agreement that would’ve required him to spend ten years in prison. Chauvin’s attorneys sought to negotiate his incarceration in a federal prison, a provision that terminated the deal. AG Bill Barr, at the time in charge of oversight of federal prisons, was reluctant to sign off on the ten-year sentence.

Chauvin’s attorneys will also argue that the kneeling restraint Chauvin used to seeming fatal effect on Floyd was displayed in trainings utilized by the Minneapolis Police Department.

Second-degree murder ordinarily entails a prison sentence of 12.5 years in Minnesota. It’s possible that Chauvin’s ultimate sentence could spark off riots, just as it’s possible that his trial could end in his own acquittal. Riots that follow either outcome could ultimately put the immensely destructive marauding that occurred in summer 2020 to shame, proving that Joe Biden in unable to stop the swelling phenomenon of BLM/ANTIFA street terror merely by being a “nice guy.”