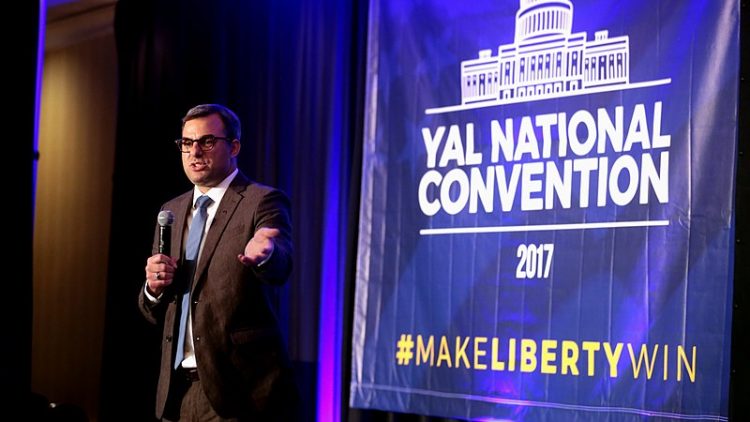 Rep. Justin Amash (I-MI), having spent the weekend basking in the fake news limelight after quitting the Republican Party, is now receiving well-earned consequences for his treacherous behavior. Republican leaders in Congress intend to strip Amash of his seat on the House Oversight Committee.

House Speaker Nancy Pelosi (D-CA) could user her power to give Amash another seat on a committee, considering his compliance with their party’s ongoing witch hunt against President Donald Trump in recent weeks.

Amash recently used his post on the Oversight Committee to support Democratic overreach to censure Attorney General William Barr and Secretary of Commerce Wilbur Ross based on their refusal to submit privileged documents regarding the proposed census citizenship question. Amash had previously publicly supported illegals in the voting booth.

He also voted with Democrats on the Oversight Committee to subpoena White House counselor Kellyanne Conway over bogus alleged violations of the Hatch Act. Rep. Jim Jordan (R-OH), Amash’s former colleague in the House Freedom Caucus, took Democrats and their lackey Amash to task for this dubious stunt.

Amash has even staked out a position to the left of Pelosi on impeachment of President Trump, urging her to take up the matter in the House.

“From a principled, moral position, she’s making a mistake. From a strategic position, she’s making a mistake,” Amash said of Pelosi’s reticence to move forward on impeachment. “If she believes, as I do, that there’s impeachable conduct in there, then she should say so. She should tell the American people, we’re going to move forward with impeachment hearings and potentially articles of impeachment.”

“When she says things like, ‘Oh, I think that we need to have the strongest case before we go forward,’ what she’s telling the American people is, she doesn’t think there’s a strong case. If she doesn’t think that, then she shouldn’t open her mouth in the first place and say she thinks there’s impeachable conduct,” he added.

It may not be inconceivable that Pelosi would put the faux-independent Amash on a committee now that he has been officially disavowed by Republicans, considering what an invaluable ally he has been to them in opposing President Trump’s ‘America First’ agenda.