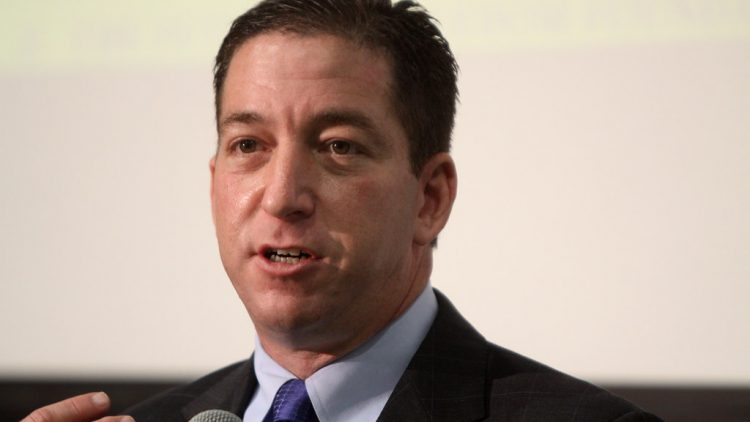 Liberal journalist Glenn Greenwald took aim at his former colleagues in a recent post on Substack for hiding behind false victimhood to shield themselves from well-deserved criticism for their shoddy reporting.

He wrote the article after a gaggle of corporate-funded journalists whined over Twitter because Greenwald and others were criticizing their abysmally poor writing. He slammed the USA Today for leading a doxxing campaign against defendants charged with leading the Jan. 6 mostly-peaceful protest in and around the U.S. Capitol.

“Whatever you think about the Capitol riot, everyone has the right to a legal defense and to do what they can to ensure they have the best legal defense possible — especially when the full weight of the Justice Department is crashing down on your head even for non-violent offenses, which is what many of these defendants are charged with due to the politically charged nature of the investigation,” he wrote.

Big League Politics has reported on Greenwald’s coverage of the immense federal overreach taking place in an attempt to quash the 1st Amendment rights of Trump supporters:

“Left-wing journalist Glenn Greenwald is exposing the lies made up by the fake news media to justify an unconstitutional crackdown on their Republican opposition after the Jan. 6 mostly-peaceful protest in Washington D.C.

Greenwald published an article on his Substack on Tuesday exposing falsehoods that have been deliberately spread on corporate platforms to gin up fear and create new Draconian restrictions against civil liberties.

“Condemning that riot does not allow, let alone require, echoing false claims in order to render the event more menacing and serious than it actually was. There is no circumstance or motive that justifies the dissemination of false claims by journalists. The more consequential the event, the less justified, and more harmful, serial journalistic falsehoods are,” Greenwald stated.

He exposed how law enforcement officer Brian Sicknick was not killed by Capitol protesters. Even though Sicknick died of other complications, that has not stopped disingenuous Democrats and their media allies from claiming otherwise.

“Despite this alleged brutal murder taking place in one of the most surveilled buildings on the planet, filled that day with hundreds of cellphones taping the events, nobody saw video of it. No photographs depicted it. To this day, no autopsy report has been released. No details from any official source have been provided,” he wrote.“

In addition to hammering the fake news media on Substack, Greenwald and his renegade journo allies are slamming the bad guys on Twitter as well.

The *only* purpose of that @USAToday article — like so many from CNN, NYT, Daily Beast, etc. — was to ruin the lives of powerless private citizens: prevent them from raising donations for their legal defense!

Then these bullies turn around and self-victimize to bar criticism.

Greenwald’s integrity has made him a lightning rod of criticism from triggered leftists. This an indicator that he is doing a good job.