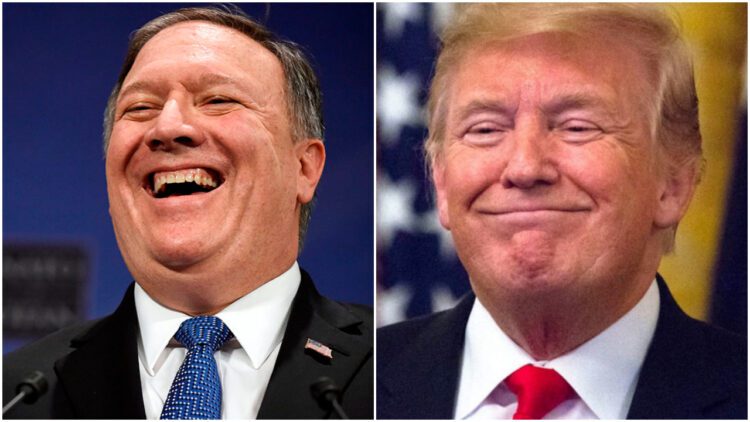 Rumors have circulated on former Secretary of State Mike Pompeo’s interest in running for President in 2024, even in a GOP primary that would entail running against former President Donald Trump.

Conservative journalists Jack Posobiec and Raheem Kassam tweeted about rumors surrounding a potential primary challenge to Trump on the part of Pompeo, with other Republican activists alluding to rumors they had heard about Pompeo building a 2024 network. Pompeo’s lost a considerable amount of weight in recent months, with some pundits speculating he’s done so in preparation for a campaign for national office.

Is Pompeo really telling people he might primary Trump? Wow

I’ve heard this too from a source. He’s making quiet moves for a 2024 run

By no means am I a Pompeo guy but there has to be a full and proper primary.

Polls for the tentative 2024 GOP primary have consistently shown Trump with a massive and seemingly insurmountable lead, with top Republicans such as Florida’s Ron DeSantis barely able to crack a quarter of support in the most generous polls and Trump consistently scoring a majority of support. Pompeo rarely cracks double-digits percentage points in polls where he’s included as a presidential primary option, with voters disinclined to see a purpose behind his potential candidacy.

It’s unclear why Pompeo might think he’s capable of defeating Trump in a primary, with the former President able to boast of a full term of policy accomplishments and considerable loyalty from Republicans. While the Secretary of State was one of President Trump’s favorite cabinet members, he differs from the President and America First foreign policy advocates in considerable respects, such as consistent willingness to agitate in the direction of regime change wars in the Middle East.

Pompeo, who served as CIA director before receiving the Secretary of State position, consistently acted as a conduit for Never Trump neocons to enter the President’s administration and sabotage his America First policy vision, bringing in Bush administration alums Elliot Abrams and James Jeffrey.

Pompeo had slammed Trump as an “authoritarian” in 2016, comparing him to Barack Obama. A primary on his part against the former President might represent a return to his neoconservative and uber-hawkish roots, which would in turn entail a return to the Republican Party’s disastrous experiment with globalist regime-change wars and liberal internationalist foreign policy.