Soros To Trump: “Digging His Own Grave” 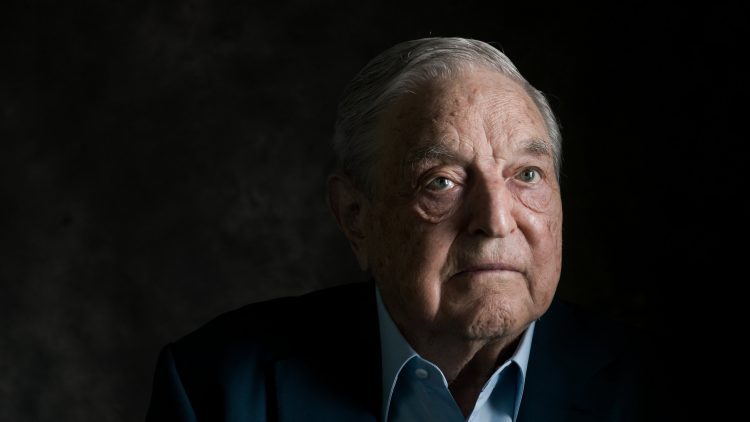 Billionaire oligarch George Soros used fighting words to describe his political enemy Donald Trump in an interview with the Guardian published on Saturday, claiming the the President was “digging his own grave.”

He was referencing ongoing long-shot impeachment proceedings in the House of Representatives, apparently holding out hope that they’d stand a chance of success.

Soros also referred to Trump as a “confidence trickster.” He voiced his belief in the interview that the still-growing worldwide right-wing populist movement challenging liberalism would lose steam, although there’s little indication to suggest that’s the case.

The Hungarian national had earlier all-but endorsed Elizabeth Warren for the Presidency a few weeks ago, claiming she was the most qualified candidate.

Soros made it clear he takes pleasure in becoming a public enemy of sorts in a multitude of nations for his political operations. The billionaire has meddled in the national politics of Hungary, Poland, Russia, the United States, and Ukraine- now funding a blatantly undemocratic effort to undo the United Kingdom’s 2016 referendum to leave the European Union, which the Guardian interview was centered upon.

The interview revealed that Soros’ political front group, the Open Society Foundation, will have a handsome budget of $185 million, easily the most the oligarch has ever spent on his political influence operations. It’s likely Soros will wage an effort to prevent President Trump’s re-election, although he appears hopeful that Trump will be impeached before then.

Soros has made himself an enemy of Hungary’s Viktor Orban and Italy’s Mateo Salvini, both of whom have garnered significant support from their nation’s citizens on a platform of forcefully opposing the globalist vision oligarchs such as Soros intended to force upon their nations.

The financier reflected on his life’s work in the interview, describing the worldwide populist movement broadly affiliated with Donald Trump as the greatest threat to the liberal order he had spent a lifetime funding. He took pride in becoming a public enemy of most of the western world’s nationalist movements, describing them in contemptuous terms.