BROWNSVILLE, TEXAS — Keeping kids safe at Spring Break now requires specialized law enforcement personnel more comparable to military than street police, but meanwhile, drug cartels are neglected and given more room to move during the police-sanctioned booze-fest, according to a report by The Daily Mail.

“Scantily clad girls baring their breasts for strings of beads, sunburnt boys chugging cans of beers through bongs and clouds of vape smoke hanging over the formerly pristine sand: this is March in South Padre Island,” reported Ruth Styles for The Daily Mail on 13 Mar. 2019.

“Spring Break sees the sleepy island community of just over 5,000 people transformed as an estimated 100,000 college kids descend for long days of boozing on the beach.”

Local business is the beneficiary of a net windfall totalling $3.1 million on alcohol alone last year and providing South Padre with an overall windfall of $33.9 million.

So what’s the problem? Police cannot guarantee safety of attendees without draining resources from neighboring communities and jurisdictions, in order to create a force strong and sizable enough to counter cartel activities that usually overlap the semiannual decadence and debauchery of America’s youth. Cities affected by the ‘draft’ call for force multiplyiers include border towns known for drug cartel traffic — among them Los Indios, home to just 1,100 people.

This otherwise sleepy town, plays host to Los Indios Free Trade International Bridge – a small port of entry on the Rio Grande River — that is considered within the crime territory controlled by the notorious Golfos Cartel. 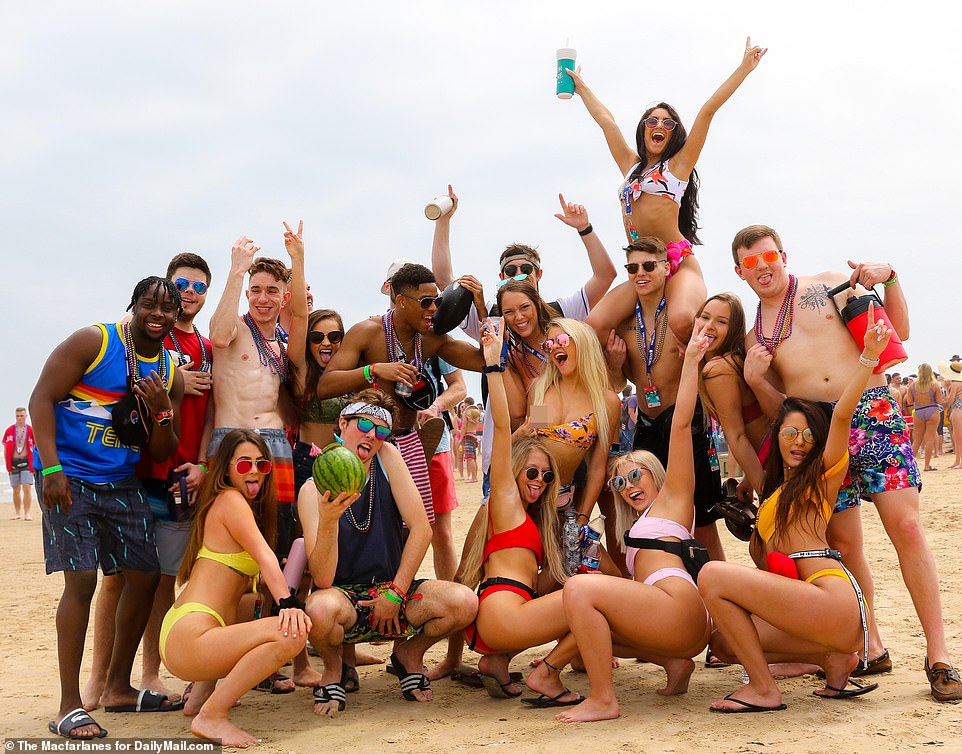 “But if we close these gaps in the wall we have right now, of course that will help. Illegal narcotics are never going to stop – they will find different ways to come into the United States but at least it will stop some of it,” the chief told The Daily Mail.

But safety is not that big of a challenge for Spring Break, if South Padre law enforcement are to be believed, so why drain border resources and deplete our thin blue line fighting illegal drug smuggling and human trafficking?

It is why Texas State Reps. Briscoe Cain and Kyle Biedermann are supporting legislation to provide Pres. Donald Trump $2.5 billion in extra border wall financing; to take pressure of Texas DPS and local police departments doing the job that former Pres. Barack Obama’s ICE was neglecting to do (out of fear, since Obama was arresting and prosecuting border patrol for apprehending illegal aliens — their job.) Texas picked up the slack. In fact, as of Trump’s election, Texas law enforcement was demanding the federal government reimburse Texas to the tune of $2.8 billion for the extra costs it incurred securing America’s border.

DPS apprehensions “in support” of U.S. Border Patrol are a majority of all the illegal aliens actually arrested. Texas is doing it all.

“ Emerging and re-emerging infectious diseases are diseases that are either new, or previously recognized but re-emerging with new characteristics or in new areas. These diseases pose a potential threat to the health of Texans and have the potential to spread via people and products entering the state through international airports, ports of entry along the Gulf of Mexico, and the 1,200-mile international border with Mexico.”