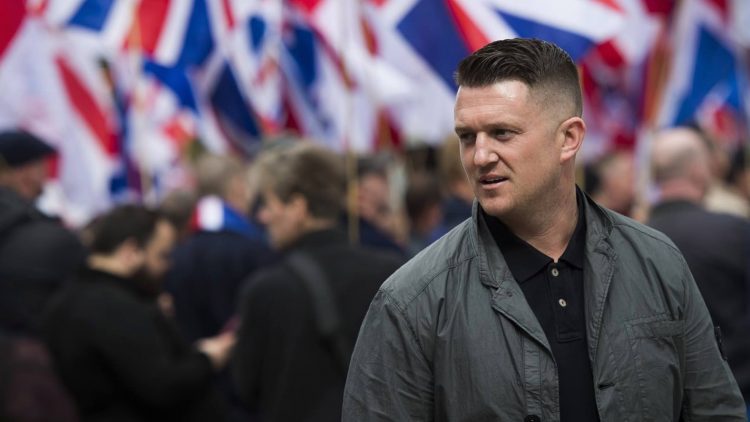 Facing a serious criminal conviction for filming near the court proceedings of a migrant pedophile ring, British nationalist activist Tommy Robinson is prepared to seek political asylum in the United States.

Robinson was ruled to be in contempt of court for his journalism work covering a Pakistani pedophile gang being tried at the Leeds Crown Court in May 2018. He’s facing two years in prisons for his actions, which consisted of conducting a Facebook live stream outside the courthouse.

The longtime patriotic activist appears to have acknowledged the impossibility of receiving a reasonable court outcome in his home country, and announced on Tuesday that he’s hoping to receive political asylum in the United States. He’s told the BBC that he believes he’s being prosecuted “for who I am, not what I’ve done.”

Robinson’s already served several months in jail related to the contempt charges. He faced dangerous conditions in jail, describing an environment in which he faced numerous threats of reprisal from Islamic inmates.

Robinson told Alex Jones of Infowars that the UK government’s approach to his “crimes” felt like a death sentence. “I feel like I’m two days away from being sentenced to death. In the UK. For journalism… I beg Donald Trump, I beg the American government, to look at my case. I need evacuation out of this country because there are dark forces at work in this nation.”

The United Kingdom’s government has shown no qualms in instituting harsh legal punishments for citizens who question the politically correct narratives of elite liberalism. In a sick irony, the nation’s court system recently forced a national hero who fought a London jihadist with his bare hands into a “deradicalization” program.